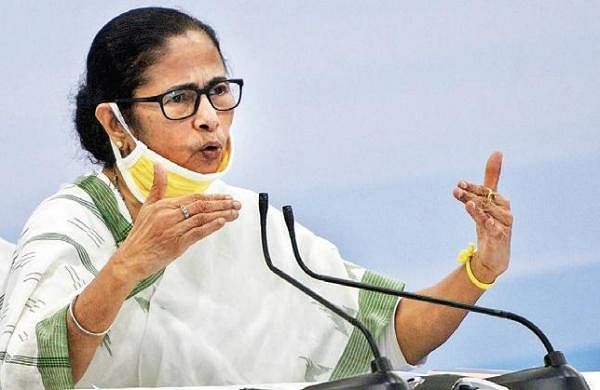 KOLKATA: The Trinamool Congress has launched a digital campaign 'Mark Yourself safe from BJP' from the alleged wrongdoings of the saffron party in the country In a bid to corner it ahead of the 2021 assembly elections in West Bengal.

The BJP has made deep inroads in the TMC-ruled state and the coming assembly polls is likely to be a tough fight between the two parties as Mamata Banerjee, who is a harsh critic of the saffron party, will fight to return to power for the third consecutive time.

Already over 2,89,784 people have logged on to the site and marked themselves safe, the party claimed. The TMC digital campaign is a brain child of poll strategist Prashant Kishore and his I-Pac team.

To participate in the campaign people will have to click onto the new website savebengalfrombjp.com to register themselves and mark themselves safe from the alleged wrongdoings being committed by the saffron party across the country.

"The BJP is destroying the social fabric by propagating divisive politics, autocracy, inequality and restriction on individual choice.

The BJP believes in propagating hatred through violence against marginalised communities, against women," a Trinamool Congress statement said about the campaign.

"People of Bengal strongly oppose these tactics of the BJP and now, more than ever, citizens need to unite against these misdeeds," the statement added.

A senior TMC leader said the campaign will enable a large number of people opposed to BJP's brand of politics but have not having mustered the courage to come out in the open, to make their voices heard now with their confidentiality intact.

Earlier TMC had launched 'Didi Ke Bolo' (Banerjee is widely known as Didi or elder sister) campaign, also a brainchild of Kishore, about a year ago.

In it people with any grievances on any issue could contact the chief minister's office by dialling a helpline number or through WhatsApp and Facebook.