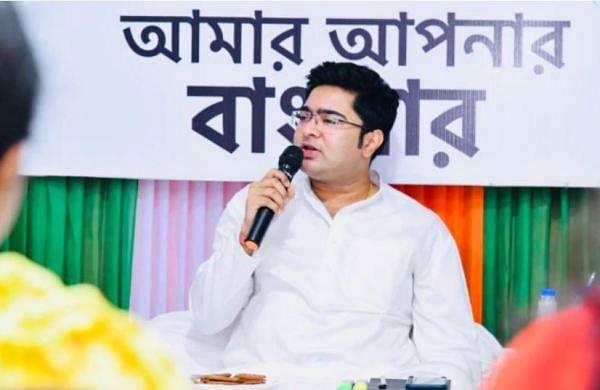 KOLKATA: Attacking the Centre for its statement that it does not have data on the number of migrants who died during the lockdown, Trinamool Congress MP Abhishek Banerjee on Tuesday said the speeches of Prime Minister Narendra Modi and his ministers are "nothing more than flowery words".

Union Labour Minister Santosh Gangwar told the Lok Sabha on Monday that the government does not have data on the number of migrants who died or were injured while returning to their native places due to the lockdown.

"Absolutely zilch amount of data with @BJP4India Govt on the countless lives and jobs lost among migrant workers! Turns out that speeches by @narendramodi Ji & his ministers were nothing more than flowery words.

Will there ever be an end to your inhumanity?," Banerjee, also the national president of the TMC's youth wing, said on Twitter.

The government's response in the Lok Sabha was to a question by BJD member Bhartruhari Mahtab.

A nationwide lockdown was imposed on March 25 to contain the spread of the coronavirus disease.

There was an exodus of a large number of migrant workers to their native places from different parts of the country during the lockdown.

The lockdown restrictions have been eased from late May.