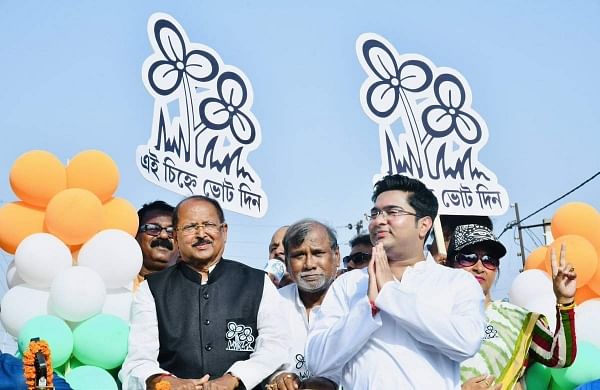 KOLKATA: TMC youth wing President Abhishek Banerjee on Saturday squarely blamed the BJP government at the Centre for the hike in petrol and diesel prices, and said decisions taken by the country's ruling dispensation have been ruining people's lives.

He claimed that the increase in excise duty on petrol and diesel over the last years is one of the major reasons for the hike in prices.

Petrol and diesel rates were hiked on Thursday, the second straight day of such increase that took the prices to new highs.

"Doesn't @BJP4India-led Central Govt have anything better to do than ruin people's lives? What POSSIBLY can be the explanation by @narendramodi Ji for increasing the excise duty on petrol & diesel ever since they came to power by 566% & 704%, respectively?!" the Diamond Harbour MP tweeted.

Rates were hiked on Wednesday after a five-day hiatus.