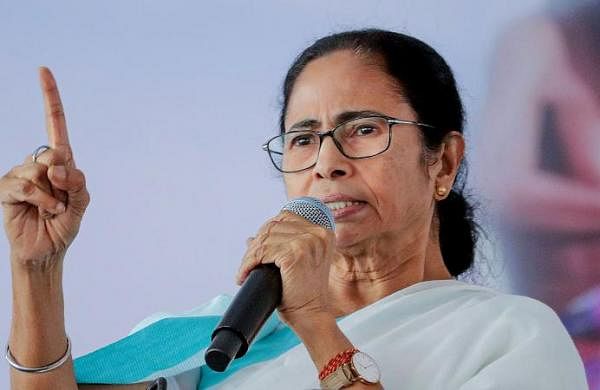 KOLKATA: Announcing the name of the candidates for the West Bengal Assembly polls, Chief Minister Mamata Banerjee on Friday said she will be contesting from the Nandigram constituency as announced earlier.

The incumbent Trinamool Congress (TMC) has announced the list of 291 candidates and left three seats for its ally Gorkha Janmukti Morcha (GJM).

Addressing a press conference here, Banerjee said she will contest from Nandigram and not from the Bhowanipore constituency, from where she has been the sitting MLA since 2011.

"We are the first political party to announce the candidate list. Today, we are releasing a list of 291 candidates, which includes 50 women, 79 SCs, 17 STs and 42 Muslim candidates. On three seats of north Bengal, we are not putting up our candidates. In three seats -- Darjeeling, Kalimpong and Kurseong -- Gorkha Janmukti Morcha (GJM) will contest the elections and whoever wins will support us," she informed.

"I will contest from Nandigram as I stick to my words. From Bhowanipore constituency, Sobhandeb Chattopadhyay will be contesting in the upcoming Assembly elections," she added.

The TMC chief said the party was not able to provide seats to many because they have to bring new candidates forward.

Suvendu Adhikari is the current MLA from Nandigram. Adhikari, once a close aide of Banerjee and TMC leader has now switched to BJP in December, last year.

West Bengal Assembly elections will be held in eight phases starting from March 27 with the final round of voting taking place on April 29. The counting of votes in the state will take place on May 2.