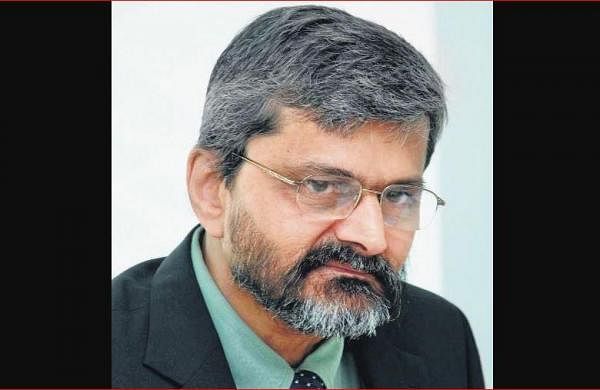 Indian researchers need to innovate in fields that haven’t been explored and become the leaders in them rather than filling gaps in someone else’s research, said Dr Uday B Desai, noted academician and former director of IIT Hyderabad. He also said there will always be people misusing it but that should come in the way of granting of academic freedom to researchers.

He was in conversation with senior journalist Kaveree Bamzai and Dr S Vaidhyasubramaniam, Vice-Chancellor of SASTRA Deemed-to-be University, at TNIE’s Expressions, a series of live webcasts with people who matter.

Researchers in India need to develop the confidence to delve into areas not explored yet and cultivate this mindset in the youngsters rather than giving them an algorithm for research. “Our research is about finding gaps in the research that has already been done and then come up with an upgrade.

Why can’t we write papers where we wouldn’t have to put a literature survey — it will be the first of its kind work? The fellow sitting at MIT has the confidence to do it. We need to develop that,” Dr Desai said.

Talking about the need to give researchers more freedom to work, network and collaborate, he said there will always be people misusing a system, but that should not deter the necessary change. “Some people will always misuse any change. But there will be exceptional people on the other side.

Unfortunately, in India, we concentrate on people who misuse it. I would rather concentrate on excellence,” said Dr Desai. “You need three things to propagate good research — hire the best possible faculty, give them the freedom and invest in research equipment.”

Dr Desai said Indian institutes do not invest in people or headhunt them as aggressively as they should. “It also means that we need to hunt for good researchers. I used to have a good filtered interview process. In the US, they would hunt for good people. They would go after good people. We have occasionally done that in the IITs,” he said.

That does not necessarily mean that they have to give away huge chunks of money, he added. “We are not on par with universities in the US. That requires money. Many who come back aren’t looking for massive salaries, but you need research equipment and support.”

The former Director also added that the Indian education system needs to empower our faculty soon and stop micromanaging them on the number of papers they have published. “Great things don’t happen overnight,” he said.

“We need a cultural mindset change with research. You have to give them freedom, not make them come to you for small approvals…Research is no more about sitting in a lab; it’s about meeting people, collaborating, building synergy and that’s something we need to allow.”

Indian industries don’t build labs while corporates abroad do that and keep them at arm’s length so that they aren’t linked to their product division, said Dr Desai. “Our industries should also do the same. But it should...be funded by CSR or some such category. Only then will young researchers want to come and work in Indian labs.”