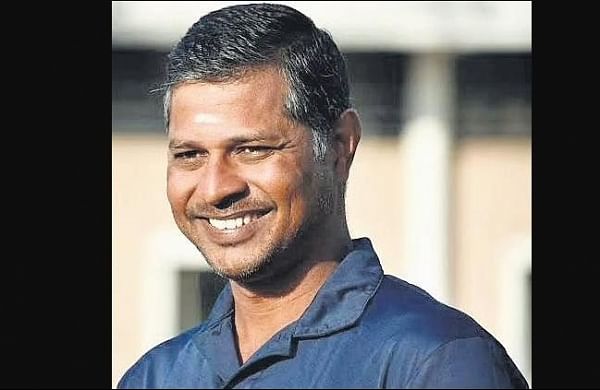 CHENNAI: There was one familiar face at the T20 international between India and New Zealand at Ranchi and that was of former Tamil Nadu first class cricketer JR Madanagopal. He made his international T20 umpiring debut at this match. In the next two T20 game at Kolkata, Madanagopal was the third umpire. A  smooth-stroking batsman for Tamil Nadu in his playing days, Madanagopal has been coach of TNPL teams and First Division teams of the TNCA in the past. From 2007, he has been in the BCCI panel of umpires.

“It is a good feeling to officiate in an international match in India. I was neither nervous nor was there any pressure. I was just focused on the job and enjoyed the outing at Ranchi,” said Madanagopal.

The exposure he got in domestic cricket over the years and his experience in women international matches got him an opportunity to officiate in a couple of IPL games this year. There was a sense of calmness when he officiated in the match and looked like he could not be ruffled or distracted easily. By nature, he is soft-spoken and always had an ear to others suggestions. His composure is his biggest ally.

“Right from the first domestic match I umpired I have always remained calm while umpiring. I concentrate on my job and do not bother who is batting or bowling. I have a clear mind, I act based on what I see and hear. In case I have a doubt, I consult the other on-field umpire for at times he could have a better view of a catch and so on. I never get intimidated by a player’s standing or excessive appealing. I follow the principle of fair play and adjudicate accordingly,” shared the 47-year old.

Today, umpiring is not easy in front of a large crowd. There is a lot of noise and many a distraction. Moreover, a small error gets magnified and is widely debated on electronic and social media. So, what is his mantra? “I do not worry about anything unnecessarily. I switch off myself mentally from the crowd. I filter out the noise. I focus on my job and concentrate on arriving at a fair decision on each and every ball. The experience I gained while officiating in the TNPL matches — which had good crowds in the past — has helped me maintain focus,” he explained.

Ever since the run out decisions were referred to the third umpire, the job has been all the more difficult. Moreover, today on-field umpires seek help from third umpire in many routine matters as the stakes are very high.

“When I was the third umpire in Kolkata I did not find the job different or taxing. Yes, one has to remain focused like how you are as the field umpire. Otherwise, I did not find any difference. We also have technology that helps us arrive at a good decision. The third umpire job is interesting and I do not find it a wee bit taxing,” said Madanagopal.

Umpires need to be fit like the players as they have to stand on the field for long hours with one or two breaks. Plus, they need to be mentally sharp to focus on their job. While some umpires hit the gym or go for regular swimming sessions, Madanagopal swears by yoga and walking to keep him physically and mentally fit.