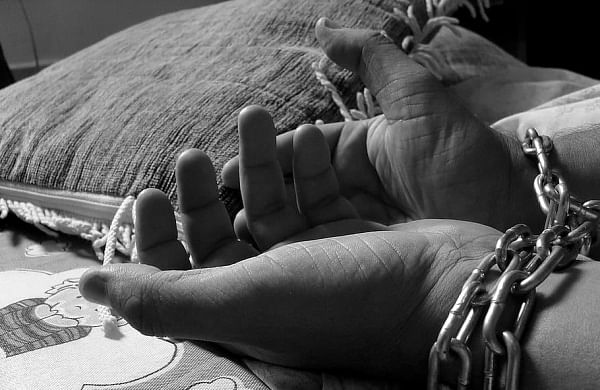 JODHPUR (Rajasthan): A trader from Jalore district in Rajasthan has accused the son of state minister Sukhram Bishnoi of kidnapping him and demanding a ransom of Rs 50 lakh, police said on Wednesday.

The trader, who managed to escape from his kidnappers, appeared at the district SP office on Tuesday and filed a complaint in the matter.

"A case has been registered against the unidentified kidnappers and Bhupendra Bishnoi, son of Rajathan Forest and Environment Minister Sukhram Bishnoi, and investigation has been initiated to verify the allegations of the complainant," SP (Jalore) Shyam Singh said.

According to the trader Prakash Bishnoi, a resident of Sanchore subdivision, he was kidnapped by the unidentified men four days back.

He was then taken to Haryana where he was badly beaten up by them.

"The kidnappers made me talk to Bhupendra Bishnoi, who told me that I would be set free if I gave Rs 50 lakh to him," he alleged.

Prakash was taken to a hospital by the culprits to treat his injuries, but he managed to give them the slip, police said.

Meanwhile, Bhupendra Bishnoi denied the allegations and termed it a political conspiracy against him to nip his political career in the bud.

"I am shocked by these allegations. In fact, I talked to the police to get the abductors caught and provide security to Prakash since I got information about the incident on the night of July 17. The allegations against me are purely intentional to malign my image," he said.

He added that he has urged the police to thoroughly probe these allegations.

(THE NEW INDIAN EXPRESS)
383 Days ago