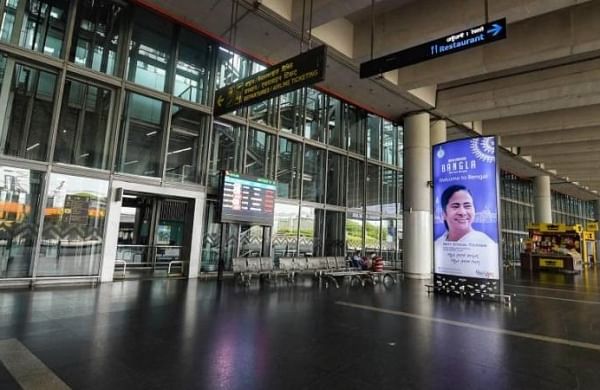 KOLKATA: An association of travel agents has urged the West Bengal government to reconsider its decision to suspend passenger flights to the eastern metropolis from six cities with high prevalence of COVID-19 cases till August 31.

The embargo on the arrival of flights to Kolkata airport from Delhi, Mumbai, Pune, Chennai, Nagpur and Ahmedabad was first imposed for a period of 14 days from July 6.

It was initially extended till July 31, and then subsequently to August 15.

The restriction was further extended till August 31.

In a letter to state Home Secretary Alapan Bandyopadhyay, the eastern chapter of the Travel Agents' Federation of India said that residents of West Bengal, stranded in six cities, and the business travellers will be benefited if the direct flight services resume.

"We seek your approval to restart the operations as per our state's SOP (standard operating procedure)," Travel Agents' Federation of India, East, Chairman Anil Punjabi said in the letter.

The association also proposed the introduction of Rapid Antigen Test for all passengers at the airport.

"This is not the time for travelling abroad. Flights carrying stranded persons, students and businessmen from other parts of the country can function now," Punjabi told PTI.

Soliciting the state government's support for restructuring the travel and tourism industry, the association said, "We need to keep on updating our policies as we have done with containment zones and resumption of international charter flight operations."

Domestic flights to various tourist places can gradually be introduced when the present situation improves, he said.