Trial of COVAXIN and ZyCov-D marks beginning of the end of COVID-19': Government scientist 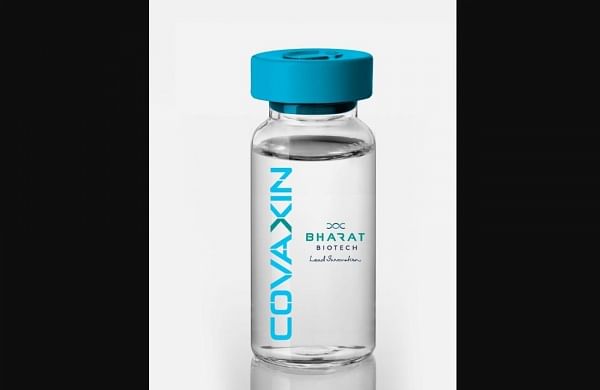 NEW DELHI: The Drug Controller General of India's nod to conduct human trials for Indian COVID-19 vaccine candidates COVAXIN and ZyCov-D marks the "beginning of the end" of the coronavirus pandemic, says an article by a scientist with the Ministry of Science and Technology.

The article has been published on the websites of the Press Information Bureau (PIB) and the Vigyan Prasar, which is a body under the ministry. Though the PIB article did not have a time-line, the one on the Vigyan Prasar portal said it could take anywhere between 15 to 18 months before licence are issued for the vaccine.

The announcement of COVAXIN by Bharat Biotech and ZyCov-D by Zydus Cadila is the "silver line in the dark clouds", the article by TV Venkateswaran, who is a scientist with Vigyan Prasar, said. "Now the nod given by the Drug Controller General of India, CDSCO (the Central Drugs Standard Control Organisation) for the conduct of the human trial for the vaccines, marks the beginning of the end," the article stated.

In the past years, India has emerged as a significant vaccine manufacturing hub and Indian manufacturers account for 60 per cent of vaccine supplies made to UNICEF. "The vaccine for the novel coronavirus may be developed anywhere in the world, but without Indian manufacturers involved the production of required quantities is not going to be feasible," the article said.

It said at the global level, more than 140 candidate vaccines are under various stages of development. The article stated that along with the two Indian vaccines, COVAXIN and ZyCov-D, the world over, 11 out of 140 vaccine candidates have entered human trials.

One of the leading candidates is AZD1222 developed by the Jenner Institute of University of Oxford and licenced to AstraZeneca, a British-Swedish multinational pharmaceutical and biopharmaceutical company headquartered in Cambridge, England.

The MRNA-1273 vaccine developed by the Kaiser Permanente Washington Health Research Institute, Washington, and taken up for production by US-based Moderna pharmaceutical, is just a step behind, the article states.

It said that both these firms have already inked an agreement with Indian manufacturers for the production of the COVID-19 vaccines. Indian institutions are also engaged in research and development for the development of vaccines in India.

The primary scientific inputs are coming from institutions like the ICMR, the National Institute of Virology, the CSIR and the Center for Cellular and Molecular Biology, and six Indian companies are working on a vaccine for COVID-19.

Aiming to launch an indigenous COVID-19 vaccine by August 15, the Indian Council of Medical Research (ICMR) had written to select medical institutions and hospitals to fast-track clinical trial approvals for the vaccine candidate COVAXIN being developed in collaboration with Bharat Biotech.

Experts had also cautioned against rushing the process for developing a COVID-19 vaccine and stressed that it is acting in accordance with the globally accepted norms to fast-track vaccine development for diseases of pandemic potential.