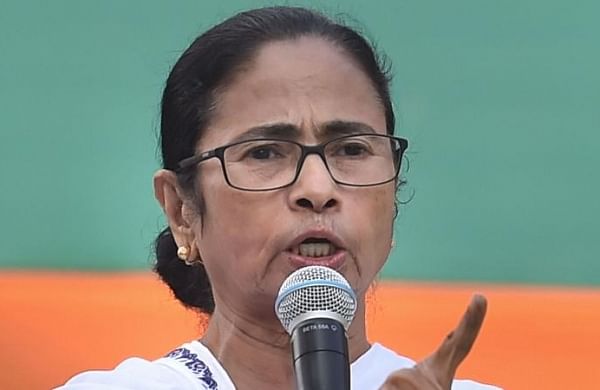 NEW DELHI: Desertions and dissidence continued to afflict the ruling Trinamool Congress, with another MLA joining the BJP on Wednesday while another elected representative publicly aired his grievances.

Arindam Bhattacharya, the MLA of Santipur in Nadia district, met the BJP's national general secretary and Bengal minder Kailash Vijayvargiya in New Delhi and joined the saffron camp at the party's national headquarters.

Bhattacharya had won the assembly election on a Congress ticket in 2016 and switched over to the TMC the next year.

After joining the BJP, he claimed that the state's youth are not happy with the Mamata Banerjee government due to a lack of jobs and industrialization.

"West Bengal now wants to get identified with Modiji's Mantra of Atmanirbhar Bharat. We want an Atmanirbhar West Bengal," he said and alleged that he was not allowed to work in his area.

Bhattacharya joins the growing list of the TMC leaders and elected representatives who changed sides ahead of the assembly election due in April-May this year.

"More the people like him leave the party, the better it would be for us. He had come to the TMC from the Congress, and now he joined the BJP. It only shows his true colours," Ray said.

The TMC received a major jolt last month during Union Home Minister Amit Shah's rally at Midnapore, when in the biggest desertion from the TMC on a single day, party heavyweight Suvendu Adhikari and 34 other leaders, including five MLAs and an MP, switched over to the saffron camp.

Since the 2019 Lok Sabha polls, in which the BJP bagged 18 seats in West Bengal, just four less than the TMC, and emerged as its challenger in the state, 15 MLAs and an MP of the TMC, three Left MLAs and and an equal number of Congress legislators have joined the BJP.

However, none of them, except Suvendu Adhikari, resigned as a member of the assembly.

Meanwhile, Uttarpara MLA Prabir Ghosal alleged that repair work of a key road in his constituency was not being allowed by a section of party leaders to harm his poll prospects.

"I am not allowed to work properly in my area. My sources told me that they are creating hurdles in developmental work in my area as they want me defeated in the next election. A section of the (Hooghly) district unit is conspiring against me," he said.

The Kanaipur-Nabagram Road has been in a very bad shape but his initiative to repair it is being foiled by a group led by Kanaipur gram panchayat pradhan and local TMC leader Achhe Lal Yadav, the journalist turned politician claimed.

Terming Ghosal's allegations as baseless, Yadav said, "He is an ornamental MLA. He is issuing such statements only to show me in poor light."

Ghosal joins MLA Baishali Dalmiya, ministers Rajib Banerjee and Sadhan Pande, and several other TMC to voice grievances about the way of functioning of party leaders.