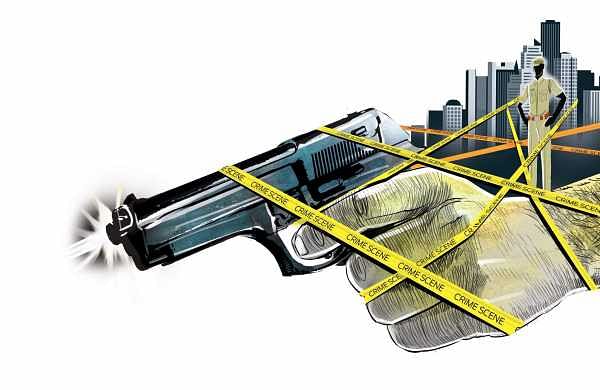 GUWAHATI: A man, believed to be mentally disturbed, killed six persons, including his two minor daughters and a police officer, in Tripura’s Khowai district.

After killing his two daughters, the accused attacked his wife leaving her critically wounded. She succumbed to her injuries later.

When his elder brother Amalesh Deb Roy (45) tried to intervene, he too was attacked and killed.

The police said when inspector Satyajit Mallik had rushed to the site on getting information about the man going on the rampage, the accused attacked the police officer with an iron rod. Malik succumbed to his injuries later at a hospital.

Subsequently, Deb Roy attacked an autorickshaw, killing its driver-cum-owner Krishna Das. Das’s wife and son were injured in the attack and admitted to a hospital. The victims were returning home after attending a function.

The accused, who is a mason, was eventually overpowered by the police and arrested.

“We will medically examine him to find out if he has any mental disorders,” a police official said.