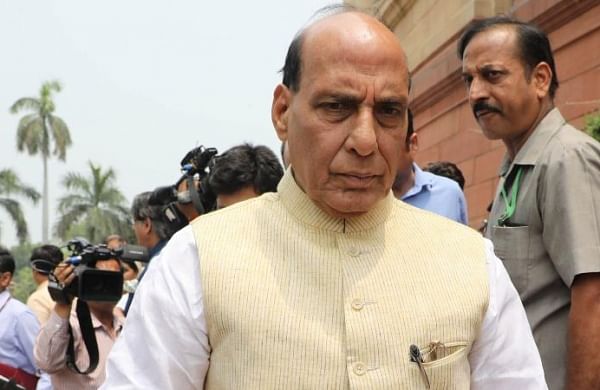 NEW DELHI: The trust between the government and the industry has increased following the scrapping of the retrospective taxation regime, Defence Minister Rajnath Singh said on Wednesday.

In a virtual address at the Indo-US Economic Summit organised by a leading industry chamber, Singh listed a range of measures initiated by the NDA government to boost economic growth and said the global investors are now receiving "red carpet" welcome in India instead of "red-tapism".

"We have formulated progressive and investor-friendly tax policies. We have said 'Good Bye' to retrospective taxation.

"The trust between the government and the industry has increased following the scrapping of the retrospective taxation. By doing this, we have rectified the mistake of the earlier government (UPA)," Singh said.

He said the government is preparing for 'dynamic growth' in this entire decade and noted that there is a lot of scope for American and Indian defence firms to go for co-production and co-development of military equipment.

"The coronavirus pandemic has brought newer challenges in terms of disruption to supply chains, a downturn in industrial activities, negative growth in travel and tourism industry and there is no doubt that the Indo-US cooperation will go a long way to restore normalcy and further boost economic dynamism," Singh said.

A number of top executives of leading American defence companies participated in the summit organised by the Indo-American Chamber of Commerce.