Udaipur murder is an act of terror: Asaduddin Owaisi 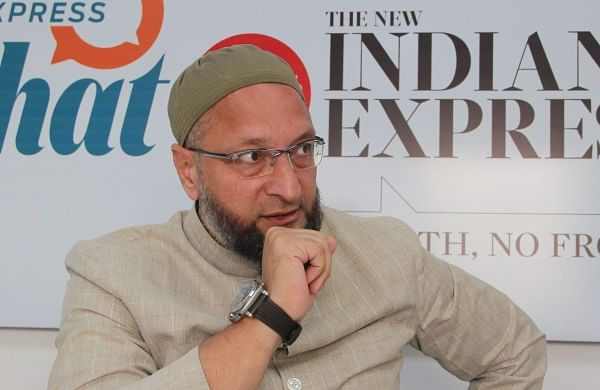 BHOPAL: Terming the horrific killing of tailor Kanhaiya Lal in Rajasthan's Udaipur district as an "act of terror," AIMIM chief Asaduddin Owaisi demanded on Wednesday that the Congress government in the state initiate the strictest action under IPC and CrPC provisions against the accused.

"The killing of Kanhaiya Lal by the two men, which was shot on camera, is an act of terror, just like the 2015 killing of Mohammad Akhlaq in Dadri (UP) and the 2017 killing of Pahlu Khan in Alwar (Rajasthan) too were acts of terror. Violence cannot be justified as means of dissent and protest, we condemn violence. We also reiterate our demand to arrest suspended BJP leader Nupur Sharma," Owaisi said while interacting with journalists in Bhopal on Wednesday.

He was also critical of those who killed the tailor, threatening on camera to behead the PM. "We've ideological differences with PM Modi, we are like two seas which can never meet. But that doesn't mean, that we'll support anyone for uttering such threats for our country's PM."

He also said that "I put it on record that Muslims cannot come to power or change governments on their own anywhere in the Hindi heartland, so they should focus on increasing their numbers in power, by electing their own leaders in polls."

While slamming the Shiv Sena led government in Maharashtra over reports of possible renaming Aurangabad district as Sambhajinagar, the AIMIM chief said that instead of focussing on
keeping their flock together, they (Shiv Sena) are working at renaming Aurangabad.

"Why isn't the Maharashtra government working at addressing the drinking water crisis and farmers' woes, which are the real problems facing Aurangabad," questioned Owaisi.

He also voiced opposition to the Modi government's Agnipath scheme and the arrest of fact-checker and Alt News co-founder journalist Mohammed Zubair by the Delhi police on charges of hurting religious sentiments.