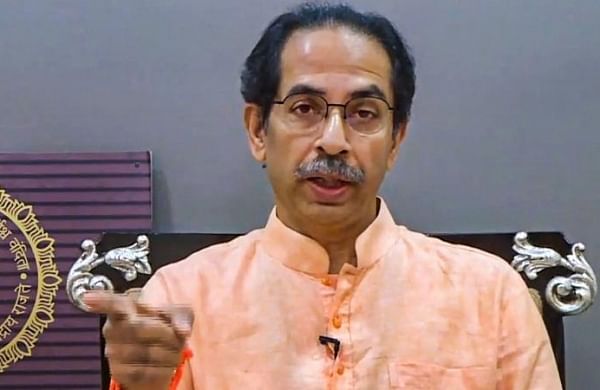 MUMBAI: Shiv Sena president Uddhav Thackeray on Friday questioned BJP's decision to install a "so-called Shiv Sainik" as Maharashtra chief minister when it did not keep its 2019 promise of rotating the CM's post.

Addressing a press conference at Shiv Sena Bhavan, Thackeray also asked the BJP not to betray Mumbai like it "betrayed" him.

Claiming that Eknath Shinde is not a Shiv Sena Chief Minister, Thackeray said, "The manner in which the government has been formed amd a so-called Shiv Sena worker has been made as Chief Minister, I had said the same to Amit Shah earlier as well that there should be a Shiv Sena CM for 2.5 years. This could have been done respectfully. The Shiv Sena was officially with you at that time."

"Had they done this earlier, there would've been no Maha Vikas Aghadi," Thackeray added.

He said he was saddened by new Maharashtra government's move to relocate metro car shed to Aarey Colony from Kanjurmarg in Mumbai.

"Don't project anger for me on Mumbaikars. Don't change the proposal for the metro shed. Don't toy with the environment of Mumbai."

"Let the metro car shed project be at Kanjurmarg and not in Aarey. Kanjurmarg is not a private plot. I am with the environmentalists and had declared Aarey as reserved forest. Wildlife exists in that forest," he said.

Thackeray described the rebellion in his party as a mockery of democracy and waste of people's vote.