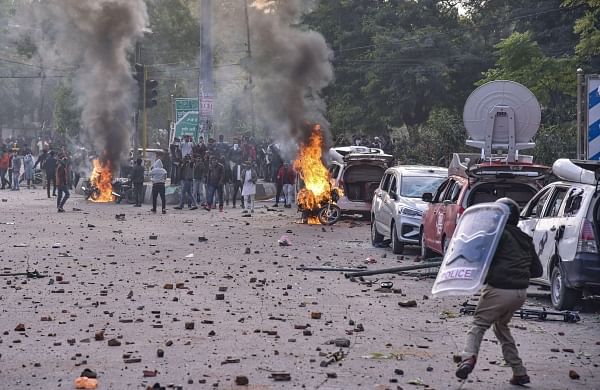 LONDON: A group of Opposition MPs in the UK organized a meeting in the House of Commons complex and discussed the implications of the contentious Citizenship Amendment Act (CAA) and its impact on NRIs.

The event, hosted by East London Labour MP Stephen Timms on Monday, also covered the aspects of the National Register of Citizens (NRC) and National Population Register (NPR), and expressed solidarity with the numerous protests by diaspora groups over the past few months in the UK.

Timms has said that he has written to the UK Foreign Office and the Indian High Commission here expressing his concern about the human rights implications of the CAA.

"I have been struck by the diversity of the people who are protesting against these measures in India in my constituency. Hindus, Muslims, and Sikhs are all coming together," he said.

The CAA came into force in India last December amid protests in India and around the world.

The Indian government has stressed that the Act does not deny any citizenship rights but has been brought in to protect the oppressed minorities of the neighboring countries and give them citizenship.

Bangladeshi-origin west London Labour MP Rupa Huq raised the question of how NRIs are likely to be impacted by the new legislation. In response, lawyer Gautam Bhatia told the gathering that the new legislation gives the Indian government more powers to cancel the Overseas Citizenship of India (OCI).

Claudia Webbe, the new Labour MP for Leicester East who replaced Keith Vaz -- the longest-serving Indian-origin MP in the House of Commons -- pledged to call on Prime Minister Narendra Modi to revoke CAA and also spoke about an "unprecedented hate campaign" she faced during the December 2019 general election from the right-wing groups.

The MPs told the gathering, organised by the Ambedkar International Mission (UK) and South Asia Solidarity Group, that they would table an Early Day Motion (EDM) in the House of Commons for the CAA and NRC/NPR to be discussed in the UK Parliament.

An EDM is a method used by British MPs to draw Parliament's attention to a particular issue.

The groups behind the event and a number of other UK-wide diaspora groups also announced plans for a so-called "National Demonstration Against Fascism in India" rally on Saturday, a day before Republic Day on January 26.

The rally is set to begin outside Downing Street before marching up to the Indian High Commission in London.

The Centre earlier this month issued a gazette notification announcing that the CAA has come into effect from January 10, 2020.

It was passed by Parliament on December 11.

According to the legislation, members of Hindu, Sikh, Buddhist, Jain, Parsi and Christian communities who have come from Pakistan, Bangladesh and Afghanistan till December 31, 2014 due to religious persecution will not be treated as illegal immigrants but given Indian citizenship.

(THE NEW INDIAN EXPRESS)
165 Days ago