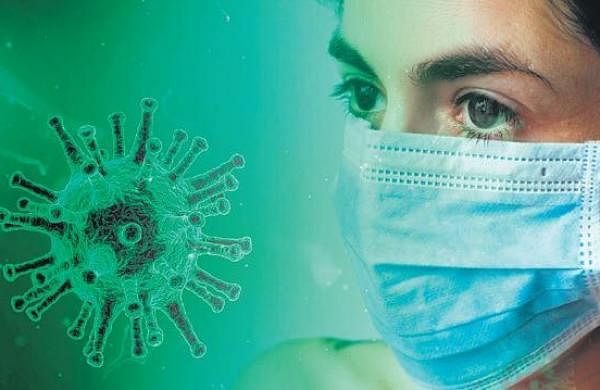 NEW DELHI:  A leading virologist in the United Kingdom has suggested that the country may be entering a new Covid-19 era which may be the “the beginning of the end” as a surge of coronavirus cases, massively fueled by the Omicron variant, has begun to decline swiftly.

Julian Hiscox, who is the chair in Infection and Global Health at the University of Liverpool, has said that life in the year 2022 will be almost back to before the pandemic. Hiscox has also shown through graphical representation that while the cases of Omicron are at least 300% higher than at the peak of the pandemic, other parameters such as hospitalisations, deaths, and patients ventilated have been far lower than the peak.

The virologist has also suggested that while people can be offered booster or precautionary doses once or twice, it cannot be repeated constantly and countries should plan their transition from the pandemic to endemic stages. Also suggesting that with Omicron there will be a lot of natural immunity taking place on top of vaccination, he has said the UK may be fast moving to a scenario which is close to endemicity.

In India too, Covid19 cases — after showing a steep rise powered by the Omicron variant — have shown early signs of a decline with daily cases falling for the last three days in a row. Though there are concerns that Covid tests have gone down significantly in several states, leading to fewer cases being detected, some experts point out that low hospitalisation rate and quicker recovery period post Omicron infection may have acted as a deterrent from taking tests for a large number of people.

A recent epidemiological study on several Omicron cases in India’s national capital, for instance, showed that the rate of hospitalisation due to the strain was less than 4%, which is in line with data from several other countries. This understanding too, is in line with what the virologist from the UK has proposed.