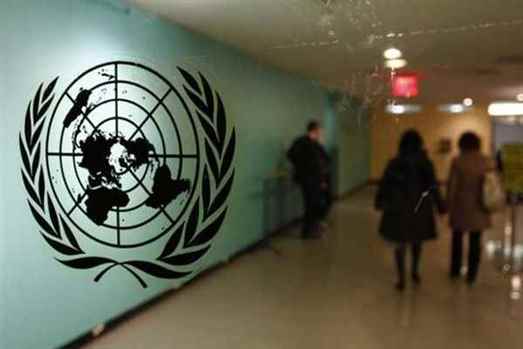 ISLAMABAD: Pakistan, which has been struggling with the worst floods in the past 30 years, should suspend international debt repayments and restructure loans with creditors as the unprecedented natural calamity has added to the cash-strapped country's financial crisis, a media report cited a UN policy memo as saying on Friday.

The memorandum shared by the UN Development Programme with the country's government suggested that Pakistan's creditors should consider debt relief so that policymakers can prioritise financing its disaster response over loan repayment, the Dawn newspaper reported.

Pakistan's total debt and liabilities skyrocketed to Rs 59.7 trillion this year, a surge of Rs 11.9 trillion or 25 per cent compared to the preceding fiscal year, according to the State Bank of Pakistan.

The Pakistani government, which has blamed the floods on climate change, said the calamity caused an estimated loss of USD 30 billion as a third of the country is currently submerged under water, leading to widespread loss of infrastructure such as roads, bridges and agricultural land, apart from livestock.

The floods in Pakistan which have affected more than 33 million persons across the country have left more than 1,574 persons dead and thousands of others injured.

The devastation is huge with more than a million houses destroyed, four million acres of crops lost, about 900,000 livestock washed away and thousands of kilometres of roads destroyed.

The memo suggested debt restructuring or swaps, where creditors would let go of repayments in exchange for Pakistan agreeing to invest in climate change-resilient infrastructure. The widespread damage during the floods, affecting one in every seven Pakistani, has created a concern that the cash-strapped country would not be able to meet its debts.

UN Secretary-General Antonio Guterres, who also visited the flood-affected regions of Pakistan recently, making a forceful address earlier this week to world leaders gathered for the opening day of the United Nations General Assembly session, urged lenders to consider debt reduction to help those nations that were facing a possible economic collapse.

"Creditors should consider debt reduction mechanisms such as debt-climate adaptation swaps," he repeated at the UNGA, adding that the step could "save lives and livelihoods in Pakistan, which is drowning not only in floodwater but in debt".

Following the deadly floods in the country, Pakistan has asked the World Bank to divert USD 1.5 billion to USD 2 billion in funding under the repurpose programme from slow-moving projects to areas where the deluge has caused devastation, Geo News reported.

According to sources, the government could further ask the International Monetary Fund (IMF) for additional funding, the report said.

Separately, the UN Secretary-General has told Prime Minister Shehbaz Sharif that he planned to hold a donors' conference either in New York or somewhere in Europe to raise funds for Pakistan's flood victims.

The prime minister said that while the date of the proposed donors' conference had not yet been finalised, "it will be held soon".

The United Nations and Pakistan August 30 appealed for USD 160 million in emergency funding for the flood victims, but so far the country has received only one-fourth of that amount, UN officials disclosed earlier this month.

The prime minister also said that he would convey the voice of the flood victims to the rest of the world when he addresses the 77th session of the UN General Assembly on September 23.

Meanwhile, about eight top United Nations human rights experts have called on the international community to step up their assistance to the flood victims and ensure that international recovery efforts are guided by human rights law and standards.

"It is important that international relief efforts are guided by human rights, prioritising humanitarian assistance and relief to the most vulnerable. In re-housing those who have been left homeless by climate change-induced floods, Pakistan needs to renew attention to land rights and security of tenure," the experts said.

The eight experts included Balakrishnan Rajagopal, special rapporteur on the right to adequate housing, Attiya Waris, an independent expert on the effects of foreign debt and Obiora C.

Okafor, an independent expert on human rights and international solidarity. Hundreds of thousands of people displaced by the floods are living in the open and scores of people have died of diseases and floods since the beginning of the monsoon season.

Stagnant floodwaters, spread over hundreds of kilometres and likely to take two to six months to recede, have already led to widespread cases of skin and eye infections, diarrhoea, malaria, typhoid and dengue fever.

Despite the efforts of the government and local and foreign relief organisations, many people are in dire need of food, shelter, medical assistance and medicines, with many displaced families complaining of being forced to drink and cook with unsafe water.

The government has deployed thousands of additional doctors and paramedics in the country's worst flood-hit province to contain the spread of diseases that have killed over 300 people among the flood victims, officials said.

The number of deaths from diseases last week prompted the World Health Organisation to raise the alarm about a "second disaster", with doctors on the ground racing to battle outbreaks. (AIR NEWS)