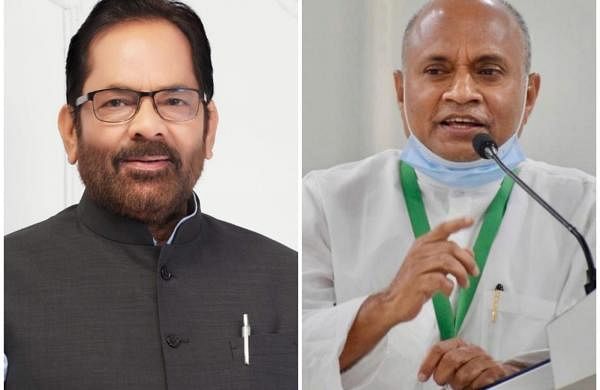 The BJP's Mukhtar Abbas Naqvi has quit as Union Minister today amid speculation that his name is doing the rounds for the post of the second highest constitutional position, the Vice President. Union Minister RCP Singh, too, has tendered his resignation.

Prime Minister Narendra Modi is learnt to have lauded Union ministers Mukhtar Abbas Naqvi and Ram Chandra Prasad Singh's contribution to the country and the people during the Cabinet meeting today.

With their term as Rajya Sabha MP set to end on July 7, Modi's appreciation of their work is being seen as an indication that it was their last Cabinet meeting.

While Naqvi was in charge of the minority affairs ministry, Singh was the steel minister.

Naqvi, a senior BJP leader, is also the Deputy Leader of Rajya Sabha.

Singh is a minister in the Modi Cabinet from JD (U) quota.

The Election Commission on July 5 issued a notification for the August 6 polls to elect the 16th Vice President, setting in motion the process of filing nominations by candidates.