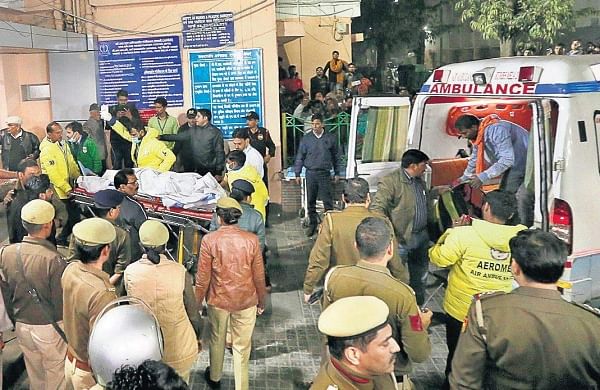 UNNAO: A day after a woman was set afire here by five men, including two accused of raping her, her uncle has alleged that he has been threatened with "dire consequences" by relatives of the accused.

The victim's uncle, who lives in a rented house here and runs a small shop, told reporters that a relative of the accused Shivam had called him and threatened that he will have to face "dire consequences".

"Your shop will be set on fire and will not let you live," the victim's uncle described the caller as saying. "I am going to inform the police and demand action in this regard," he said.

Police have not yet received any complaint in the matter. The rape survivor from Unnao, who was airlifted to Delhi and admitted to the Safdarjung Hospital, is extremely critical and on a ventilator, doctors attending to her said.

The rape survivor suffered 90 per cent burns after five men, including two rape accused, allegedly set her on fire while she was on her way to court, police said. One of the two men accused of raping her last year was granted bail 10 days back.

The other man had been on the run. All the five men involved in Thursday morning's attack were arrested within hours and the victim airlifted in the evening from the Shyama Prasad Mukherjee Hospital in Lucknow to Delhi.