UP migrants to get low-cost shops, homes with bank loans to start business: Govt 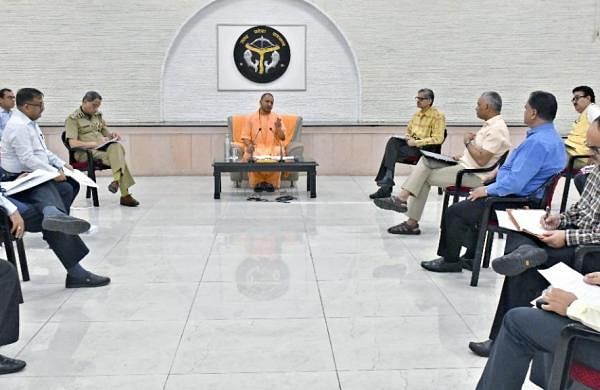 LUCKNOW: Following the plan for a migration commission, UP CM Yogi Adityanath has issued directives to his 'Team 11' to make provision of low-cost shops and dwellings for the returning migrant labourers.

At his routine review meeting with his Team 11 on Tuesday, Adityanath issued directives to expedite the process of setting up of Migration Commission and provide jobs to migrant workers. The commission will be set up in the next few days in accordance with the existing provisions of law, said a senior government official here on Tuesday.

A decision to provide low-cost shops and dwellings equipped with basic amenities such as power, water, and sewer has been taken at the highest level. The shops allocated to the migrant labourers would be exempted from GST.

The state government would play a key role in facilitating loans and other assistance to those who would opt to start their own business, a source said.

Currently, the state authorities are busy skill-mapping the migrants, and over 16 lakh have already been covered. So far, the largest number of 1,51,492 migrant workers have come from the real estate development sector followed by 16266 carpenters, 9052 drivers, 12103 tailors, 26041 painters, 2234 associated with furniture manufacturing, 1557 auto mechanics, 4080 electricians, 424 nurses, and 202 music teachers, said Additional Chief Secretary, home, Awanish Awasthi. “After the skill mapping and subsequent training, the state government will absorb the migrants in the huge MSME sector of the state as per their skills.”

Even employment exchanges will also be roped in to facilitate jobs, Awasthi further said, adding, during the skill training, the migrants would be given an allowance to sustain.

The sources claimed that migrants would be given jobs in other districts as well. “Those who opt to shift to other districts for the job would be assisted with low-cost dwellings. For this purpose, land owned by the state government would be identified to construct dormitories and low-cost shops,” said the
official. He added that to cut the cost on their housing, a rebate would be given in FAR (floor area ratio) in maps.