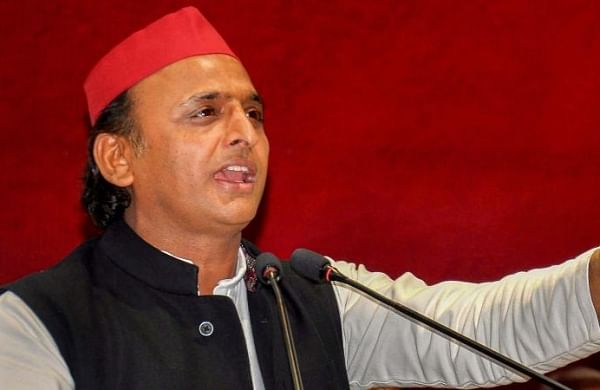 LUCKNOW: After the announcement of the candidature of UP CM Yogi Adityanath from Gorakhpur Shahar in the upcoming assembly elections, SP chief Akhilesh Yadav also seems to have made up his mind to follow the suit, the hint of which he gave in Lucknow on Wednesday.

Giving weight to the speculations about his candidature, Akhilesh Yadav, the Lok Sabha member from Azamgarh, claimed that he would have to take approval from the people of his parliamentary constituency if he decided to contest the upcoming elections.

However, sources in SP said the party chief may enter the fray from Gopalpur assembly seat in Azamgarh. He had earlier said he would not contest the polls and would prefer to focus on every seat in the state.

Sources said after Adityanath decided to contest the polls for the first time, the pressure was on the Samajwadi Party chief to lead his party from the front by contesting the polls himself.  With Yogi Adityanath’s candidature, the BJP hopes to make strides in the region as the UP CM is also the head of the influential and revered Gorakhpur Mutt. It is believed that Gorakhpur peeth has influence over 60-65 assembly constituencies falling in adjoining districts.

In November, Akhilesh Yadav had told reporters he would not contest the election. But his party rushed to clarify that such a decision had yet to be taken by the party.

In 2012, when he led the Samajwadi Party to a big victory in UP, he took over as the country’s youngest Chief Minister at 38. He was a Lok Sabha MP from Kannauj at the time.

Later, he took the route of the state Legislative Council. His wife Dimple Yadav was elected unopposed from the seat he vacated, Kannauj.

Meanwhile, interacting with media persons, the SP chief promised Rs 18,000 annually to all the BPL families in the state if his party was voted to power. He also assured the woman population of starting new schemes for their empowerment and promised to develop snake charmers’ village along Purvanchal Expressway.