UP polls: RLD changes candidate from Chhaprauli seat in Baghpat 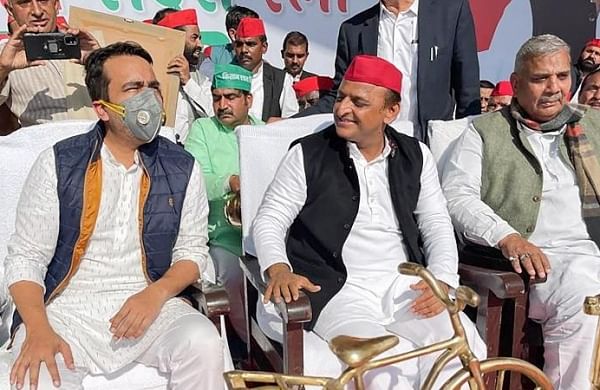 NOIDA: The Rashtriya Lok Dal (RLD), which is fighting the Uttar Pradesh Assembly elections in a tie-up with the Samajwadi Party (SP), on Wednesday changed its candidate for the Chhaprauli seat in Baghpat district.

The RLD has announced Ajay Kumar's candidature from Chhaprauli and Saurabh, who goes by single name, from Muzaffarnagar, the party said on Twitter.

On January 17, the RLD had announced Vijay Pal Rathi as its candidate for the Chhaprauli seat.

The reason for the change in candidature was not known immediately.

BJP's Kapil Dev Agrawal is the sitting MLA from Muzaffarnagar, while Sahendra Singh Ramala represents Chhaprauli in the state assembly.

Ramala recently quit the RLD and joined the BJP. Both seats will go to polls on February 10 and results will be out on March 10.

On Tuesday, the RLD had announced Gulam Mohammed as candidate from Siwalkhas and Manisha Ahlawat from the Meerut seat. Ahlawat is the daughter of former MLA Chandraveer Singh.