UP sees 46 new COVID-19 cases, all but six had gone to Tablighi Jamaat meeting in Delhi 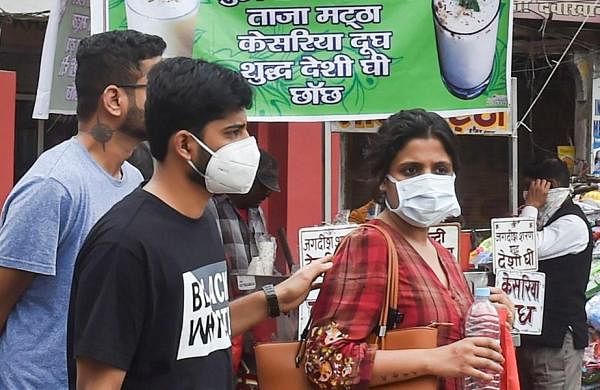 LUCKNOW: In a sudden jump, Uttar Pradesh's tally of coronavirus cases soared to 172 since Thursday night. Forty-six new cases, including 40 who attended the Tablighi Jamaat meeting in Delhi, surfaced till Friday noon.

Of the total 172 COVID-19 cases in the state, 47 had participated in the meeting at Nizamuddin in Delhi last month.

Till Thursday, the state tally was 127. Of the new 46 cases which came to light on
Friday, as many as 34 samples were tested at King George’s Medical
University in the state capital.

According to KGMU spokesman Dr Sudhir Singh, 12 of the fresh cases hail from Lucknow, six from Kanpur, eight from Agra, four from Azamgarh, two in Hardoi and one each in Pratapgarh and Shahjahanpur.

In addition to this, two persons from Jaunpur tested positive at IMS BHU in a report which emerged on Friday morning. One of the two is a Bangladeshi resident while the other is his guide who hails from Ranchi.

The Uttar Pradesh government has identified over 1300 persons across the
state who attended the Tablighi Jamaat meeting in Delhi.

As per data from the state surveillance unit, some 700 samples of persons who attended the event were sent for testing during the past 24 hours of which
the reports of 300 have arrived. As per official sources, except 47, all others
have tested negative for the virus.

Of the 172 cases in the state, two have died and 17 have recovered.