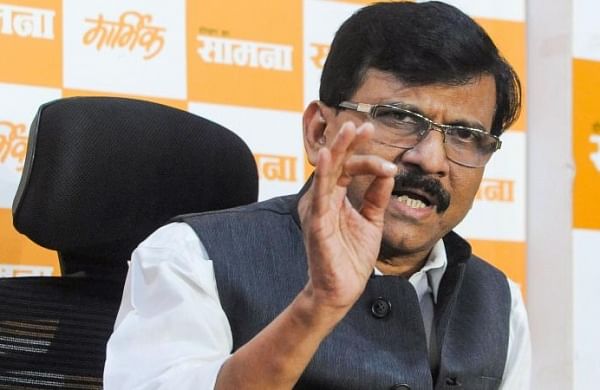 MUMBAI: The Shiv Sena on Monday said it can understand the use of central agencies for targeting leaders of the Maha Vikas Aghadi (MVA) government in Maharashtra, but claimed the "harassment" of their family members shows the "inhuman face of the BJP".

People normally say they have lost faith in a government.

But in Maharashtra, it is the opposite.

The BJP has become a "butt of jokes" in the state, an editorial in the Sena mouthpiece 'Saamana' said.

"The BJP uses the CBI, Enforcement Directorate, I-T (Income Tax department) and the NCB (Narcotics Control Bureau) for its own agenda. Thackeray exposed these attacks being made through the ED and CBI the attacks are like using Shikhandi as a shield," it said.

Bhishma, the patriarch of the Kauravas and Pandavas in the epic 'Mahabharata', was eliminated with the help of Shikhandi.

The Shiv Sena further hit out at the BJP and the Centre, claiming they don't face questions and "finish" those who question them.

"The BJP and its government at the Centre do not believe in democracy, Constitution, law and order. They don't accept chief ministers of opposition parties. This new phenomenon in politics speaks volumes (about the mindset). Such things come to their mind only due to smoking up of low quality weed," the edit said.

After the 2019 Maharashtra Assembly polls, the Sena parted ways with long-term ally BJP over the issue of sharing the chief ministerial post.

The Shiv Sena subsequently tied-up with the NCP and Congress to form MVA government led by Uddhav Thackeray.

Targeting former chief minister Devendra Fadnavis and Maharashtra BJP chief Chandrakant Patil, the Sena said by attacking Thackeray on becoming the CM of the state, they were only venting out their frustration.

In his annual Dussehra rally last week, Thackeray launched a scathing attack against the BJP, saying hunger for power was like "drug addiction", and challenged it to topple his coalition government, which will soon complete two years.

The editorial in the Marathi publication said the BJP should show the guts to accept the challenge thrown by Thackeray.

"Attacks on the Maha Vikas Aghadi government leaders can be well-understood. But, the harassment of their family members shows the inhuman face of the BJP," the editorial claimed.

After Thackeray's Dussehra rally last week, Fadnavis had hit back, claiming the Shiv Sena-led MVA government was the most corrupt in the history of the state with extortion being its "only agenda".

"This is a government formed through dishonesty and I feel that respected Uddhavji should now accept that he had ambitions of becoming a chief minister which he fulfilled. In politics, having ambitions is not wrong. But if you wanted to keep the word, you could have made senior Sena leaders Diwakar Raote, Subhash Desai or Eknath Shinde a CM," Fadnavis had said.