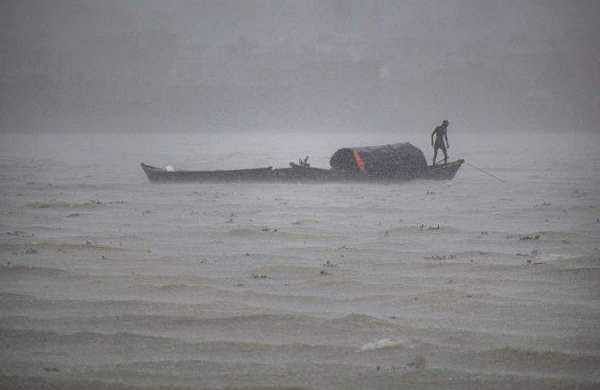 DEHRADUN: The Uttarakhand government will send the holy Ganga water in brass urns from Har ki Pauri in Haridwar to all states and Union territories for Shiva devotees as the annual Kanwar yatra is not being held this year in the wake of the COVID-19 pandemic.

Chief ministers of all states have expressed their inability to conduct Kanwar yatra in the traditional way owing to coronavirus.

So it has been decided to dispatch brass urns filled with the holy Ganga water from Haridwar to these states, Uttarakhand Cabinet Minister and state government's spokesman Madan Kaushik told reporters.

Large brass urns filled with the holy Ganga water at Har ki Pauri will be loaded into trucks and sent to the chief ministers, Lt governors and ministers of the states and Union territories for distribution among Shiva devotees, he said.

"CMs of Uttar Pradesh, Haryana, Rajasthan, Punjab, Delhi, Himachal Pradesh and Uttarakhand have agreed that traditional Kanwar yatra is not possible this year.

So we have decided to send Ganga water from Haridwar in large brass urns to these states in trucks for distribution among people through their respective governments," he said.

Availability of the holy Ganga water for devotees who come as kanwariyas annually to Haridwar will be ensured at prominent temples closest to the place where they live, he said.

Describing it as a symbolic gesture from the state government, Kaushik said it was meant to send a message that Kanwar yatra is not being held in Haridwar due to the COVID-19 pandemic and not because of any other reason such as "lack of faith or intention".