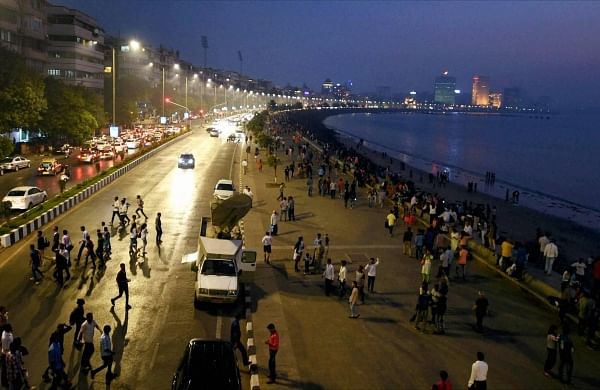 MUMBAI: The much-touted Mumbai nightlife experiment received a tepid response on the first night of its implementation on Sunday, primarily due to the lack of awareness about the new regime.

Cleared by the state Cabinet on January 22, the 'Mumbai 24 Hours' policy allows shops, eateries and theatres in malls and mill compounds located in non-residential areas to remain open round-the-clock.

The policy came into force from the January 26 midnight. In upscale Nariman Point and Worli areas, several shopping malls remained closed during the night.

However, state Tourism Minister Aaditya Thackeray, who is the prime mover behind the Mumbai 24x7 initiative, sounded optimistic.

"It would gather pace in the coming weeks when people will start realising that it is safe for them to come out late night and enjoy," Thackeray told reporters late night when asked about several shopping malls remaining shut in the night.

He said a huge response to the move on the very first night was anyway not expected. Sources attributed the tepid response to little awareness about the overall concept and the services that are covered under it.

Thackeray said, "The shops complying with safety and waste processing norms are being allowed to operate under the Nightlife policy".

He reiterated that Mumbai is safe for all and it will remain so. As per the policy, keeping shops, malls and eateries open in the night is optional and not mandatory.

Explaining the rationale behind the need of such policy, Thackeray had said on Wednesday that Mumbai is a "24x7 functional city" where people who work in night shifts and the tourists in transit need to have access to food in late hours.

The bars, permit rooms and pubs are currently excluded from the purview of the policy.

(THE NEW INDIAN EXPRESS)
475 Days ago