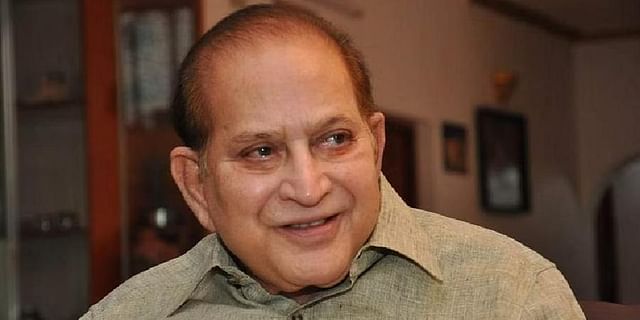 HYDERABAD: Veteran Telugu actor Krishna died on Tuesday at a city-based private super-specialty hospital where he was undergoing treatment following a cardiac arrest. He was 80

Krishna, the father of superstar Mahesh Babu, was admitted to the hospital in the early hours of Monday and was put on a ventilator.

He was being treated by a multi-disciplinary team of doctors following the cardiac arrest.

The actor died at 4 AM on Tuesday, hospital sources said.

Over the last 24 hours, Krishna continued to remain in an extremely critical state, following his admission to the emergency ward due to a cardiac arrest and upon resuscitation, he was shifted to ICU, the hospital said in a statement.

"He remained critically ill with multi-organ failure and severe hypoxic brain injury. It was decided late evening with family members and all the consultants not to pursue further supportive care given to his dismal prognosis and to keep his final moments painless and peaceful. He expired in the early hours of the morning at 4.09 am," the statement said.

Ghattamaneni Sivarama Krishna, popularly known as Krishna, began his career in the early 1960s and acted in about 350 films.

Krishna is known in the Telugu film industry for his good-nature and courageous attitude.

He earned fame with his cowboy roles and by introducing advanced technologies in film-making.

Krishna was a Lok Sabha member from Eluru Parliamentary constituency, winning the elections in 1989.

Chandrasekhar Rao, in a statement recalled Krishna's five decades of contribution to the Telugu film industry as an actor, producer and director.

"Krishna, who acted in over 350 movies, left an indelible mark on the hearts of moviegoers and his death is a huge loss for the Telugu film industry," Rao said.

"Krishna garu is a Telugu superstar. He is Alluri. He is our James Bond. As a man of heart in real life as well, who earned distinction for himself in the film industry, his death is a great loss for Telugu film industry and Telugu people," Jagan Mohan Reddy tweeted.


Condoling, the death, Stalin said his demise is an irreparable loss to Indian cinema.

In a statement, he said Krishna was known for including many innovative aspects in cinema.

He expressed his condolences to his son Mahesh Babu and the bereaved family.

Actor and former union minister Chiranjeevi in a statement posted on his Twitter page said he could not believe that Krishna is no more and offered condolences to his family members.

"Krishna garu is synonym for adventure. Apart from many experimental films and distinctive characters, your credit for introducing many techniques to Telugu cinema will always be remembered," Jr NTR tweeted.

Several film personalities have recalled their association with the departing soul. (THE NEW INDIAN EXPRESS)