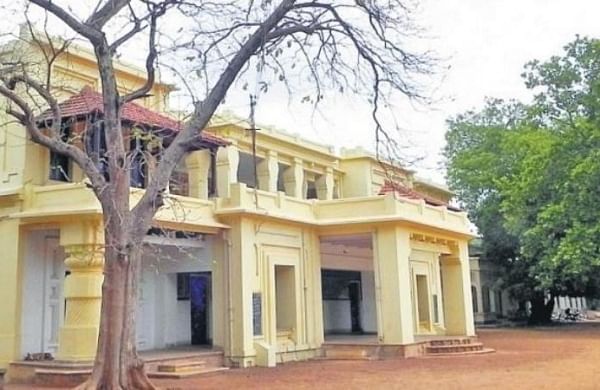 KOLKATA: At a time when Visva Bharati University has been rated B + by the National Assessment and Accreditation Council (NAAC) despite being a premier higher education institution known worldwide, a video went viral on Thursday where its Vice-chancellor Bidyut Chakraborty was seen allegedly commenting that he did not have much interest in the composition of the NAAC team that the central university.

PTI did not independently verify the authenticity of the video of the internal meeting of the university reportedly held in mid September.

A university official said it was given 2.65 points this year and awarded B + grade by the NAAC team which visited the campus from November 24-26 and inspected several bhavans and facilities.

The varsity had been accorded the grade in the first assessment by NAAC in 2015 and the authorities and faculty of the central university had been hoping for a A+ rating this time.

Even as Visva Bharati University Faculty Association (VBUFA) and student bodies like the SFI rued the poor ranking "which does not gell with the stature and preeminence of an institution founded by Kabiguru Rabindranath Tagore," the video, which purportedly showed Chakraborty making comments that he was previously interested about the members of the NAAC team but not any more, surfaced.

"Why are you asking me to take responsibility? Yes I had said in past that I have the ability to increase NAAC rating. I have the ability to insist. I had said with great enthusiasm that who will come and who will not (as NAAC team member) will be known to me. But now I have lost interest," the VC reportedly said in the video which already went viral in social media.

A VBUFA member claimed that "the unsatisfactory ranking is due to administrative reasons which had plagued the functioning of the institution for over three years."

The varsity did not have a permanent registrar and the NAAC team apparently took note of this lacunae and several vacant posts in the university and the irregular holding of quality assessment cell meeting, a teacher said.

While the University scored 3.35 points in teaching-learning evaluation, it got only 1.87 in curricular aspects as the break-up of 2.65 NAAC grading showed.

Visva Bharati got 2.69 points in research innovation, 3.4 on infrastructure and learning resources parameters and 1.71 in student support and progress count.

It got 2.93 in institutional values, in governance count it got 2.25 points, the NAAC grading showed.