Was asked to play dumb to get work in film industry: Bengali actor Ritabhari Chakraborty 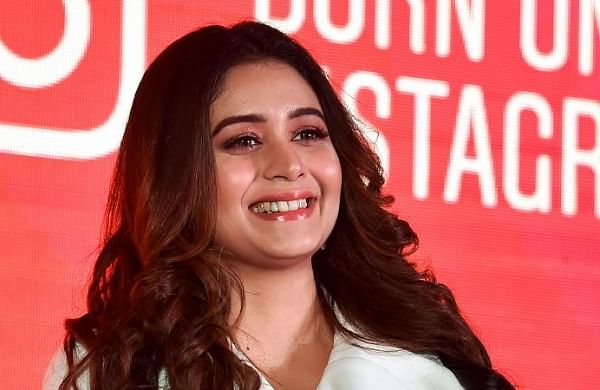 PANAJI: Bengali actor Ritabhari Chakraborty says she can't "play dumb" to get work in the industry, an advice she was given early in her career.

Chakraborty has featured in popular Bengali films like Raj Chakraborty's "Shesh Theke Shuru", "Chotushkone" directed by Srijit Mukherji and Anushka Sharma starrer "Pari', which was her Hindi feature debut in 2018.

In an interview with PTI, the 28-year-old actor said she has been told often that people in the industry think she is "extremely intimidating". "I was told once, 'for a while just try playing dumb because that really works'. I was given example of other actors, who got projects because the heroes or producers aren't intimidated by their presence," she said.

"But I felt, I am an educated person why should I not have a voice and be talking? I do commercial movies but I don't understand that language. So I leave that to the director. But if it's a subject I have an understanding of, I'd like to contribute, though I never override anyone. It's always the people's call," he added.

Chakraborty was speaking on the sidelines of the 51st International Film Festival of India (IFFI), where her film "Brahma Janen Gopon Kommoti" was screened. The actor said the consistent good work she has been receiving, since her TV debut with "Ogo Bodhu Sundari" more than a decade ago, is a testimony to the audience's love and support.

"Which is why I'm still surviving and get to do films like 'Brahma Janen Gopon Kommoti'. I am sure I'll be fine the way I am in this masculine, male dominated industry," she added. Directed by Aritra Mukherjee and written by Zinia Sen, the film follows the story of a priest's daughter who secretly desires to perform rituals.

This treatment, the actor said, also trickles down to the film industry. "I have faced tons of discrimination. I am still navigating those...Though there is so much content revolving around women and should be said in a feminine voice, it's not said rightly because we might not get satellite right, not get the right sell for the channel. The biggest discrimination we face is that male content is sought after while female content is not. There's also the money discrimination part," she added.