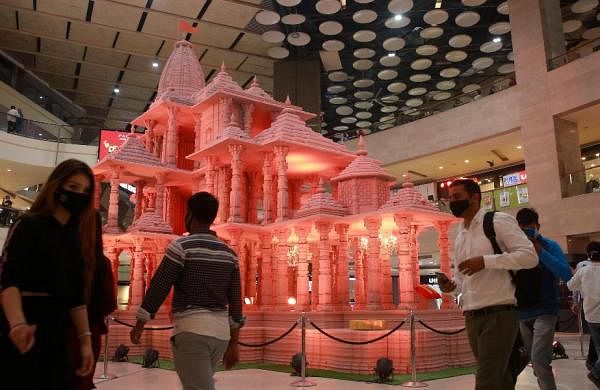 AYODHYA: The presence of water beneath the Ram Temple construction site close to the river Saryu in Ayodhya has delayed the finalisation of the design of the foundation of the shrine, Shriram Janmabhoomi Teerth Kshetra Trust's general secretary Champat Rai said on Thursday.

Rai along with Trust's treasurer Govind Dev Giri made this remark after a meeting of the Trust's office-bearers with the experts and engineers of the Larsen and Toubro and the Tata Consulting Engineers Ltd.

Giri said the Trust would meet again on Friday to discuss the problem and find its solution.

Trust's general secretary Rai and its treasurer Giri too attended the meeting.

The Trust office bearers also expressed apprehension over the possibility of the river Saryu changing its course.

But they said the Trust has already announced earlier that an underground wall around the construction site would be built to stop the river water seepage and prevent it from reaching the temple foundation.

The security arrangements for premises of the upcoming shrine too was discussed in the meeting, said Dr Anil Mishra, a key member of the Trust.