We feel mental state of Bangla Hindus, stand by them at this hour: Bengal Imams Association 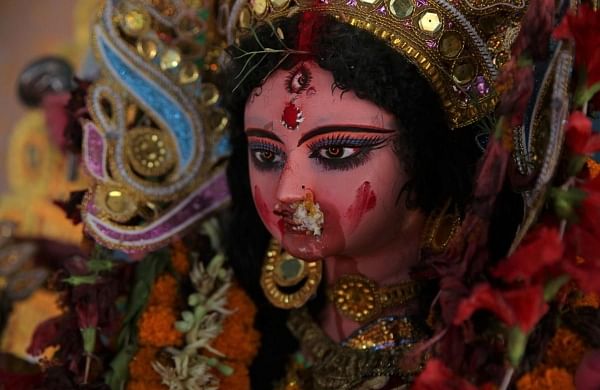 KOLKATA: Bengal Imams Association, a representative body of Muslims in the eastern state, has condemned the attacks on Hindus in Bangladesh during Durga Puja and called upon everyone to stand by minorities in both India and the neighbouring country.

The association, in a statement issued on Saturday, said that everyone should have been celebrating the festival of amity and brotherhood in Bangladesh, where at least 32,000 Durga Pujas are organised.

"Instead, some people with vested interests sowed the seeds of communal poison by circulating images of a stray incident at a pandal in Comilla to carry out large-scale arson at several puja marquees. Knowledge of rocket science is not needed to understand the sinister game plan to create a rift among members of two communities by these forces, who are not glorifying any religion by such acts. Being members of the minority community in India, we feel the mental state of the Hindus in Bangladesh who are a minority in that country. We stand by them at this hour," Association Chairman Md Yahia said in the statement.

Md Yahia also called upon people to be alert against efforts to foment trouble by spreading rumours and fake information and images on social media.

At least four people were killed in clashes between miscreants and law enforcers and several Hindu temples and Durga Puja pandals were vandalised in Bangladesh, following which paramilitary forces were deployed in many affected districts.

Bangladesh Prime Minister Sheikh Hasina, while exchanging greetings with Hindus during a recent event at Dhakeshwari National Temple in Dhaka, had said that all the perpetrators would be hunted down and punished.

Ministry of External Affairs (MEA) has noted that the government in the neighbouring country has reacted promptly to ensure that the situation was under control and said that the Indian mission is in close contact with the Bangladeshi authorities over the matter.