We have established faith among people that it is possible to fight corruption: PM Modi 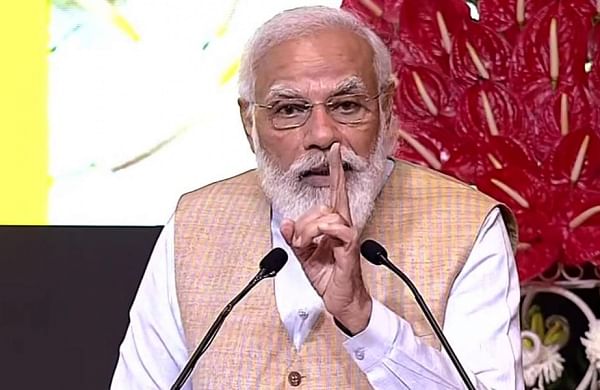 KEVADIA: Prime Minister Narendra Modi on Wednesday said his government, after hard work in the last six-seven years, has established faith among people that it is possible to fight corruption and that they will get benefits of various government schemes without the involvement of middlemen.

Virtually addressing a joint conference of the Central Vigilance Commission (CVC) and the Central Bureau of Investigation (CBI) virtually at Kevadia in Gujarat, Modi claimed the previous government did not have the will to fight corruption.

"In the last six-seven years, we have been able to establish faith among people that it is possible to stop corruption in the country.

People of the country have faith today that they will get benefits of government schemes without any "middlemen," Modi said.

"Corruption, big or small, takes away the rights of common people. It is a hindrance in the progress of the country and effects our collective energy," he said.

Modi also said that there should be no safe havens anywhere in the world for those committing crime against the country and its people.