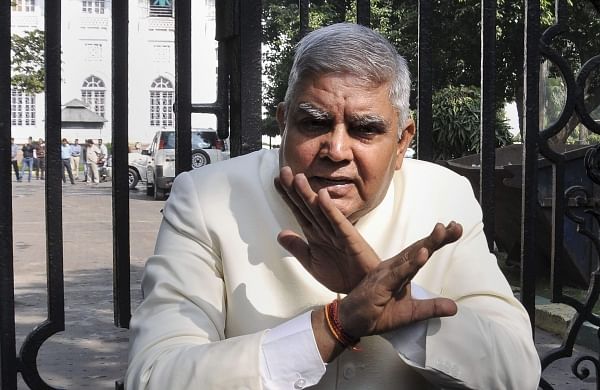 LILUAH: West Bengal Governor Jagdeep Dhankhar was shown black flags on Saturday evening by alleged Trinamool Congress workers when he came to attend a programme at a college at Liluah in Howrah district.

The protestors carried banners with 'Shame shame Governor' written on it, which they waved at Dhankhar's convoy when it was entering the college.

They also shouted slogans holding the Governor responsible for delaying clearance of pending bills leading to an abrupt two-day adjournment of the state Assembly this week.

When contacted, TMC Howrah president Arup Roy said, "I have no knowledge about the incident, I will check. But what can we do if locals vent their spleen to somebody?" Howrah District Magistrate Mukta Arya said the police was looking into the matter.

Earlier, Dhankhar was shown black flags on November 20 by a group of alleged TMC activists who had also raised "go back" slogans as his convoy reached Domkal in Murshidabad district where he attended a function at a girl's college.