Who will get Covid-19 vaccine first? Expert panel to deliberate on Wednesday 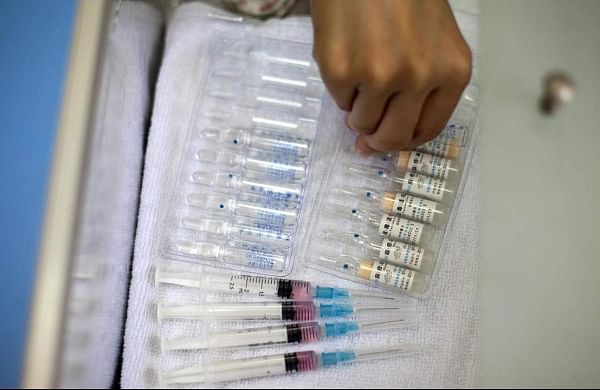 NEW DELHI: The Centre has called a crucial meeting of an expert committee on Wednesday to discuss the details of the Covid-19 vaccine procurement and distribution even as the clinical trials to assess the safety and efficacy of three vaccine candidates are going on in the country.

The committee under the chairmanship of NITI Aayog member Dr. VK Paul will discuss who gets the vaccine first, once it's available.

“The Expert Committee on Vaccine Administration under the chairmanship of Dr. V K Paul, NITI Aayog will meet on 12th August to consider logistics & ethical aspects of procurement & administration of #COVID19 vaccine," the Union Ministry of Health and Family Welfare tweeted on Wednesday.

"The Committee will engage with all the stakeholders including State governments and vaccine manufacturers," it said in another tweet.

Vaccine prioritisation remains a major issue in India, as reported by this newspaper earlier, and as per the initial estimation, about 30 per cent of the country’s population which includes people above 60, those with comorbidities, healthcare workers and other frontline workers have been identified as the most susceptible to the infectious disease.

As of now, there are three vaccine candidates which are in different stages of human trials in India.

These include a vaccine candidate developed by Bharat Biotech, in collaboration with the Indian Council of Medical Research-National Institute of Virology which is in phase 1 trial and a potential vaccine by Zydus Cadila that has now entered into phase 2 trial.

Also, an experimental vaccine developed by UK’s Oxford University, for which the Serum Institute of India is a manufacturing partner, has been granted regulatory approvals to conduct phase 2 and 3 trials across 17 sites in the country.

“From pricing to procurement to distribution of the Covid 19 vaccines -- there are a lot of issues that need to be decided and this high-level meeting aims to deliberate on these,” a senior health ministry official said.

India, at the government level, has so far not declared its intent to join the World Health Organisation’s Covax facility, an international alliance aimed at accelerating the development and manufacture of Covid-19 vaccines and ensuring equitable access to all countries.

The facility is trying to raise funds to support the rapid development of promising candidates, and the quick expansion of manufacturing capacities, so that the vaccines once approved, could be produced on a mass scale.

Covax aims to procure at least two billion doses of a novel Coronavirus vaccine by the end of next year, for deployment and distribution mainly in the low- and middle-income countries and under the pack countries will get vaccines for at least 20% of their population.

Last week, the Pune based SII had entered into an agreement with Bill and Melinda Gates Foundation and international vaccine alliance GAVI under the COVAX mechanism and had said that it would provide about 100 million doses of vaccine to LMICs by mid-2021 at $3 per dose.