Why is Modi scared of disclosing names of those who donated to PM Cares, asks Rahul Gandhi 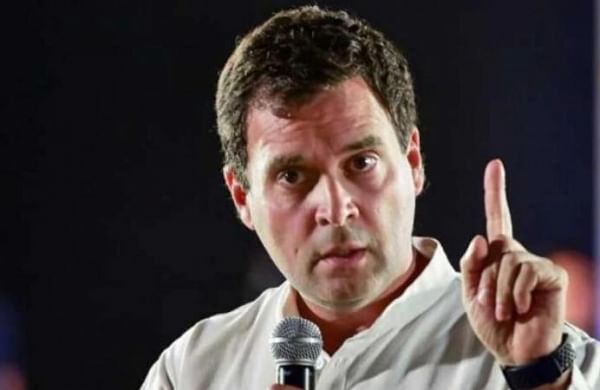 NEW DELHI: Congress leader Rahul Gandhi on Saturday wondered why Prime Minister Narendra Modi was not sharing details of those who have donated money to the PM Cares Fund and asked if he was "scared" of doing so.

He claimed everyone knows that Chinese companies like Huawei, Xiaomi, TikTok and OnePlus have donated to the PM Cares Fund, set up to fight COVID-19.

"Why is the PM so scared of disclosing the names of those who donated money to him for PMCares? Everyone knows Chinese companies Huawei, Xiaomi, TikTok and OnePlus gave money. Why doesn't he share the details," he asked on Twitter.

Gandhi and the Congress party have been demanding that the PM Cares Fund be audited for the money received by it from the public.

He had raised the issue in the meeting of party MPs with Congress president Sonia Gandhi earlier during the day, saying since the fund received money from the public, it should come under audit and review.