Why Prime Minister of a strong India so weak, asks Congress on border standoff 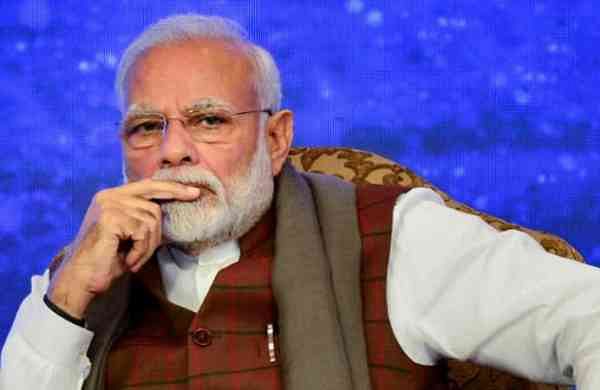 NEW DELHI: The Congress on Friday questioned why the prime minister was still "silent" on Chinese "incursions" into Indian territory and wondered why he has not named China even once in his recent speeches.

The opposition party also launched a scathing attack on Prime Minister Narendra Modi and asked why is he "so kind" to Chinese President Xi Jinping and "not showing loyalty towards the country".

It further asked whether he named China as "the intruder" during his talks with US President Donald Trump and Russian President Vladimir Putin.

Congress leader Rahul Gandhi took a swipe at Modi, saying while people of Ladakh claim that China has taken their land, the prime minister says otherwise.

Gandhi also shared the voices of some Ladakhis in a video alleging that the Chinese troops have occupied Indian territory in Ladakh.

The former Congress chief's dig came on a day when Modi visited Nimu in Leh to interact with the personnel of the Army, Air Force and Indo-Tibetan Border Police (ITBP), days after a violent face-off between Indian and Chinese troops in eastern Ladakh in which 20 Indian soldiers were killed.

Congress chief spokesperson Randeep Surjewala also said that Modi did not name China in his "MannKiBaat", his address to the nation last Sunday and even in his address to soldiers in Leh on Friday.

"Why is the Prime Minister of a strong India so weak? Why is he hesitating to name China? When will he talk to China looking into their eyes?" Surjewala asked in a tweet in Hindi.

On its official Twitter handle, the Congress also questioned the prime minister's silence.

"Living in denial doesn't help anyone, least of all our soldiers. Can the PM clarify on new incursions by the Chinese."

Demanding answers from Modi, the Congress also asked why is the prime minister keeping his friend above the nation.

"Prime Minister Narendra Modi instead of being loyal to the nation, has displayed his friendship with China by not even naming it. Why is PM Modi so kind to Xi Jinping," it asked.

Senior Congress leader P Chidambaram asked, "For the third time in a week, PM did not name China as the aggressor, why."

"When Narendra Modi spoke to Mr Trump and Mr Putin, did he name China as the intruder or not? I just wonder," he said.

"What is the purpose of talking about an unnamed enemy' to the people of India and the jawans in Ladakh," he further asked on Twitter.

The former union minister said the prime minister has still not answered the party's questions about where the violent clashes took place on June 15-16 between Chinese and Indian troops and if the Chinese have intruded into Indian territory at several points.

"Nor has the government answered our questions on the satellite images showing Chinese troops occupying key positions in places hitherto considered as undisputed Indian territory," he said.

Sharing a video of residents of Ladakh claiming that China has taken over land, senior Congress leader Ghulam Nabi Azad said, "We need answers and we need action."