Will be back in action from next week, says Australian opener David Warner 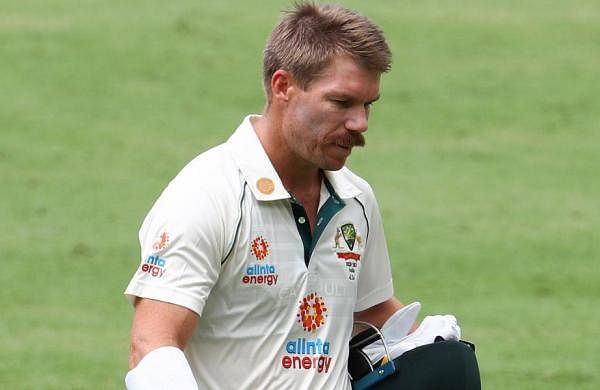 SYDNEY: Dynamic Australian opener David Warner reckons he will have to face "at least six to nine months" of rehab for his groin injury but will be back in action for New South Wales next week.

The 34-year-old had sustained the injury during the second ODI against India in November and was subsequently ruled out of the third game in Canberra, the three-match T20 series and the first two Tests.

Returning to the side for the Sydney and Brisbane Tests against India, he was not 100 per cent fit and struggled to get going, registering scores of 5, 13, 1 and 48.

"Just to clarify a comment I made on commentary last night, that "My Groin" will need ongoing treatment and will have an annoying pain for at least 6-9 months. I am returning to play for NSW on the 4th March 2021 #horsesmouth," Warner tweeted on Tuesday.

On Monday, Warner had caused quite a stir while shedding light on his injury.

"Next week I'll be picking up throwing. (That was) very difficult the last couple of weeks, even trying to throw," Warner had said on 'Fox Cricket'.

"Now it's all about lateral (movement), running between the wickets. It's going to aggravate me for the next six to nine months. But I'm sure the medicos will help me out there," he added.

Warner was selected for the Test tour of South Africa, which was cancelled due to the COVID-19 pandemic.

Following his domestic duties for NSW, Warner is set to captain Sunrisers Hyderabad in the Indian Premier League, which is expected to begin in the second week of April.

"You've got to teach your brain not to worry about the pain and it's not going to happen again. "It's just getting back that confidence to be able to sidestep and run as hard as I can and dive around again. It's more that lunging when you're batting," he added.