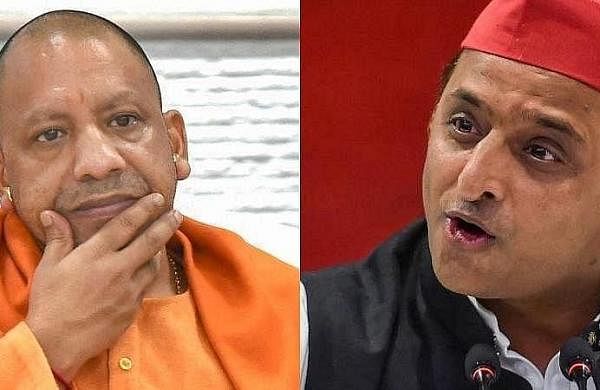 LUCKNOW: The ruling BJP might face a tougher battle on the 55 seats that will go to polls in the second phase of the Uttar Pradesh Assembly election compared to the first round since the region has a high concentration of Muslims, influenced by the religious leaders of the Barelvi and Deoband sects.

The polling in the second phase of the Uttar Pradesh Assembly election will be held on February 14 and a notification for the same will be issued on January 21.

Both the important seats of the Barelvi and Deobandi sects -- Bareilly and Saharanpur respectively -- will go to polls in this phase.

The 55 Assembly segments of the western districts of the state -- Saharanpur, Bijnor, Amroha, Sambhal, Moradabad, Rampur -- and of the Rohilkhand region's Bareilly, Budaun and Shahjahanpur districts will go to polls in the second phase.

The SP and the Congress contested the last Assembly election in an alliance.

Of the 15 seats won by the SP, Muslim candidates emerged victorious in 10.

Of the 58 seats that will go to polls in the first phase, the BJP had won 53, the SP and the Bahujan Samaj Party (BSP) got two each and the Rashtriya Lok Dal (RLD) bagged one.

Maulana Tauqir Raza Khan, the president of the Ittehad-e-Millat Council (IMC) and the religious guru of Barelvi Muslims, has announced his support to the Congress candidates in the five poll-bound states, including Uttar Pradesh and Punjab.

Keeping in mind the large Muslim population, All India Majlis-e-Ittehadul Muslimeen (AIMIM) chief Asaduddin Owaisi has also fielded candidates in some of the seats in the region.

Uttar Pradesh BJP vice president and MLC Vijay Bahadur Pathak told PTI that his party will win more seats than before in the second phase too because "ever since the BJP government was formed at the Centre and in the state, all sections of the society have developed and this is clearly felt by all".

"The aggrieved public will not give a chance to parties like the Congress that headed the government for long, or the SP and the BSP, which have been in power in the state continuously for 15 years, during which loot and corruption continued unabated," he said.

SP chief Akhilesh Yadav had formed alliances with both the Congress and the BSP for different elections and people have taught him a lesson, Pathak said.

The SP had formed an alliance with the Congress in the 2017 Assembly polls and with the BSP and the RLD in the 2019 Lok Sabha election.

In both the elections, the politics of the alliance worked as compared to that of the BJP's in this region.

But this time, with the SP, the BSP and the Congress going it alone, critics claim that there will be a split of votes and the BJP can benefit from it.

The BSP has fielded Muslim candidates in the area and a split of the Dalit and Muslim votes is also expected.

The Mayawati-led party has become active and apart from its MPs, its national general secretary Satish Chandra Mishra has also toured this region extensively.

In the 2017 Assembly polls, the SP-Congress alliance had won 17 seats in the area and in the Lok Sabha election, of the 11 seats, seven had gone to the SP-BSP alliance with the BSP getting Saharanpur, Nagina, Bijnor and Amroha and the SP winning Moradabad, Sambhal and Rampur.

The formula of an alliance of Muslim, Jat and Dalit voters was successful in this region.

This time, the SP has formed an alliance with the RLD and the Mahan Dal, which has influence among the voters of western Uttar Pradesh, and both parties are believed to hold considerable sway over the Jat, Shakya, Saini, Kushwaha, Maurya and Koiri fraternities in the region.

Akhilesh Yadav and his uncle Shivpal Yadav have their own influence in the Yadav community.

The SP is also trying to capitalise on the issue of arrest of Rampur MP and former minister Azam Khan, who has been in the Sitapur jail for nearly two years now in land-grabbing and other criminal cases.

Akhilesh Yadav has accused the BJP of implicating Khan in fake cases.

SP's national secretary and chief spokesperson Rajendra Chaudhary told PTI that his party's alliance is very strong in the areas going to polls in the second phase.

"BJP's ground has slipped from under its feet and its lies and fraud have been exposed. This time, the people of Uttar Pradesh will send the BJP on an exile," he said.

Another SP leader pointed out that Swami Prasad Maurya and Dharam Singh Saini, who resigned as ministers recently and joined the SP, will add strength to the SP-RLD alliance and along with Keshav Dev Maurya of the Mahan Dal, they will ensure that the BJP is "wiped out" from the region.

The Congress has also started working out equations to strengthen its ground.

On Monday, Maulana Tauqir Raza Khan, the religious guru of Barelvi Muslims, announced his support to the Congress candidates in the in the five poll-bound states.

He made the announcement at a joint press conference with state Congress chief Ajay Kumar Lallu.

Expressing his gratitude to Khan, Lallu said in the coming days, the party will form the government in Uttar Pradesh.