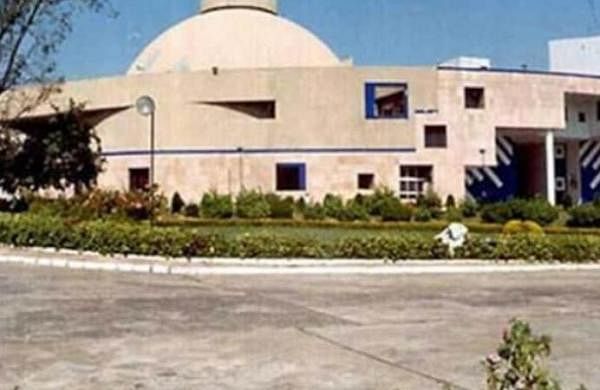 The winter session (December 28-30, 2020) was postponed on December 27 evening following an all-party meeting chaired by Vidhan Sabha’s Pro Tem Speaker Rameshwar Sharma, where the additional chief secretary (ACS-Health) Mohd. Suleman had made a detailed presentation about the alarming situation of COVID-19 pandemic situation in Bhopal, claiming that many staff of Vidhan Sabha and the MLA Rest House had tested COVID-19 positive.

The ACS-Health’s presentation painted a dangerous picture of COVID-19 pandemic in Bhopal, played an important role in the three-day winter session of the State Assembly being postponed just a few hours before it was to start.

The breach of privilege motion has been sought against ACS (Health) Mohd Suleman, Commissioner (Health Services) Sanjay Goyal and Bhopal district chief medical and health officer Dr Prabhakar Tiwari and others for concealing and manipulating actual facts, just to conspire for postponing the session on COVID-19 pandemic grounds.

One of the signatory Congress MLAs Dr Govind Singh (who was the parliamentary affairs minister in erstwhile Kamal Nath government) was the lone legislator, who during the December 27 all-party meeting had vehemently opposed the move to postpone the three-day session over COVID-19 pandemic.

At the meet, Singh had said when farmers conclave of over 10,000 people is being organized by ruling BJP in various districts of the state, why can’t the Vidhan Sabha session of three days be held, particularly when the session in adjoining Chhattisgarh is being convened despite the pandemic.

“We’ve got detailed evidence with us which strongly suggests that the entire details about a large number of Vidhan Sabha staff who were shown to have tested COVID-19 positive, was fake. The session (December 28-30, 2020) was postponed by fudging the numbers, just to save the government from being cornered by the opposition on various burning issues,” Congress MLA from Bhopal South West seat and former MP law minister PC Sharma said on Saturday.

At the meeting, Mohammad Suleman had reported that the COVID-19 situation in Bhopal and Indore still being worrying, despite falling count of positive cases in other parts of the state. He had also told that out of the 271 COVID-19 tests carried out in Vidhan Sabha premises ahead of the scheduled session, eight were found positive, while out of the 281 tests conducted at the MLA Rest House, 67 staff have tested positive, which means a 23% positivity rate. This was above 10.2% -- average positivity across Bhopal at that time.

“The people who were shown to be positive wasn’t Vidhan Sabha staff, but those working at the MLAs Rest House. Also, we’ve come to know many of those shown positive were not actually COVID-19 positive. A big fraud has been committed, owing to which we’ve sought to bring a breach of privilege motion against all concerned health department officers,” ex-MP law minister PC Sharma said on Saturday.

Reacting to the Congress legislature party writing to the Pro Team Speaker for moving breach of privilege motion, state BJP spokesperson Rahul Kothari said, “Congress is making false allegations, as the winter session of Vidhan Sabha was postponed following consensus at the all party meeting on December 27, 2020.”