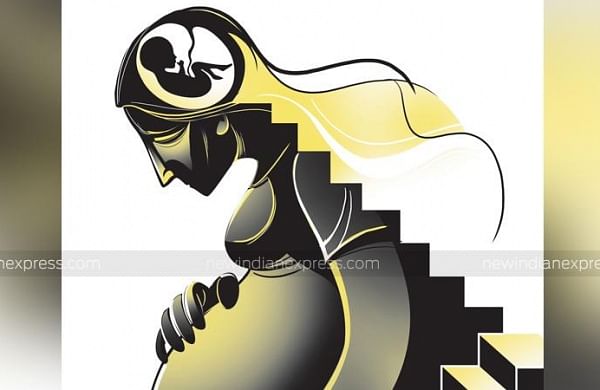 Bhopal: In a shocker, a woman delivered a stillborn premature baby on road, after she was allegedly denied medical treatment at the government hospital in Madhya Pradesh's Bhind district.

The incident happened on Tuesday, when a six-month pregnant Kallo Bai was rushed by kin from Rajupura village in Bhind district to the Bhind district hospital following acute labour pain.

"When we came to the Bhind district hospital, the on duty nursing staff, instead of attending to my daughter-in-law, demanded Rs 5000 as bribe from us before starting the treatment. When we told her that we couldn't pay her the sum as we were very poor, the nursing staff forced my daughter-in-law and all of us out of the hospital, asking us to get her ultrasound examination done outside the hospital," the woman's mother-in-law Mithilesh Mirdha alleged.

"On being forced out of the hospital, my daughter-in-law slumped on the road and delivered the baby on the road only. We didn't have a clean cloth for the delivery owing to which we used my son's towel for covering the newborn, who died for want of proper medical care," Mithilesh went on to complain.

The on-duty nursing staff at Bhind district hospital, however, denied the allegation. The nurse instead claimed that the Mirdha family left the hospital on their own. She also claimed that six-month old premature babies don't survive.

The Bhind district hospital administration has formed a panel of three doctors to conduct an enquiry into the entire episode.

According to the Bhind district hospital civil surgeon Dr Anil Goyal, "The incident happened on Tuesday late night. The foetus had died inside the womb only. The patient's kin were informed about it by the on-duty staff, but the patient's kin refused to accept it and left the hospital. No one turned them away from the hospital.

A panel of three doctors has been formed to enquire into the entire episode. Based on the probe panel's findings, action will be initiated against anyone who is found wanting in the matter."