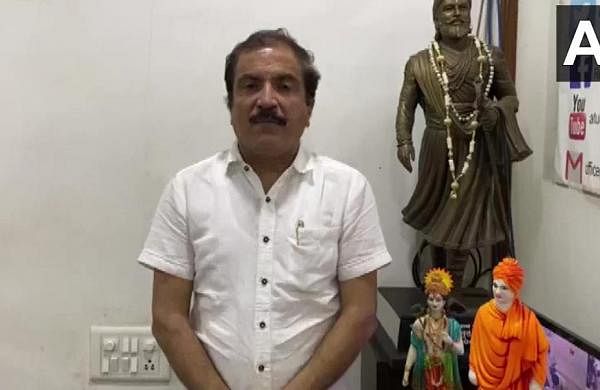 MUMBAI: BJP MLA Atul Bhatkhalkar on Friday said the party will not allow the Budget session of the Maharashtra legislature to run smoothly unless Forest Minister Sanjay Rathod stepped down.

The opposition party has been demanding the resignation of Rathod, a Shiv Sena leader from Yavatmal, since his name was linked to the death of a 23-year-old woman in Pune. Rathod has denied that he had anything to do with the case.

In a video message, Bhatkhalkar alleged that Chief Minister Uddhav Thackeray was "planting" stories of Rathod likely to resign before the session begins on March 1. "It is a shameless attempt to maintain image.Unless Rathod steps down or is removed from his post, the BJP will not allow the budget session to run smoothly," the MLA said.

"The chief minister can remove Rathod from the cabinet any time, but he is trying to protect the minister by delaying it," Bhatkhalkar further said. Earlier, Shiv Sena MP Sanjay Raut had said whoever was guilty in the matter would not be spared.

State BJP vice-president Chitra Wagh, meanwhile, claimed that there were 45 missed calls on the woman's phone the day she died, and the police needed to probe who this caller was. "This government is sending the very wrong message that if you are in power, you can get away with a murder," Wagh said.

The woman, who was staying in Pune's Hadapsar area, died after allegedly falling from the balcony of her flat on February 8.