Work for temple in Ayodhya may begin after March 25, PM Modi to approve final design: Sources 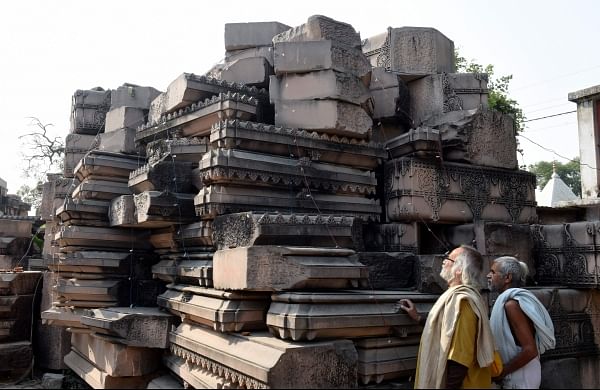 LUCKNOW:  With Makar Sankranti marking the advent of the auspicious period for Hindus, a notification on the setting up of a trust for the construction of the Ram Temple in Ayodhya is expected any time now.

The proposed trust has to be set up before the February 9-the deadline fixed by the Supreme Court.

Though sources say construction work may commence around Ram Navmi. the final shape of the trust and the design of the temple will be approved by PM Narendra Modi himself.

If all goes well, temple construction is likely to commence during Chaitra Navratri from March 25 to April 2, 2020.

The apex court had entrusted the Central government with the task of setting up the trust within three months. It also directed the Centre to include people from different walks of life in the trust to ensure the construction of a temple on over 2.77 acres of land.

The order for allotment of land for a mosque is likely to be issued simultaneously with the announcement of the trust. The UP government has already submitted a list of three-four such potential sites to the Centre — all outside the ‘14 Kosi’ perimeter of Ayodhya town, said government sources.

Meanwhile, the Union Home Ministry has already set up an ‘Ayodhya Desk’ and is working on the broad blueprint for the establishment of the temple trust, taking over the land for temple construction and also to scrutinise the design of the temple.

The proposed trust is likely to have 11 members. While officials from the MHA and the UP government are to be nominated, VHP national vice-president Champat Rai may be nominated as a member.

Mahants of a few Akharas may be included in the trust, but none from the BJP is likely to be nominated.

The RSS could play a major role in the formation of the trust, as was indicated by Sangh chief Mohan Bhagwat who said the outfit will be associated with the temple issue till the setting up of the trust and thereafter, would withdraw itself.

The proposed trust is likely to seek public donations from people across India to fund the temple project.

An idea being considered is to seek donations ‘as little as Rs 11 per family,’ for which public appeals by leaders may be issued.

Uttar Pradesh Chief Minister Yogi Adityanath did make a public appeal in this regard during his election campaign in Jharkhand, asking each family to donate Rs 11 for the temple’s construction.

“The same model may be followed countrywide,” said a UP government official.