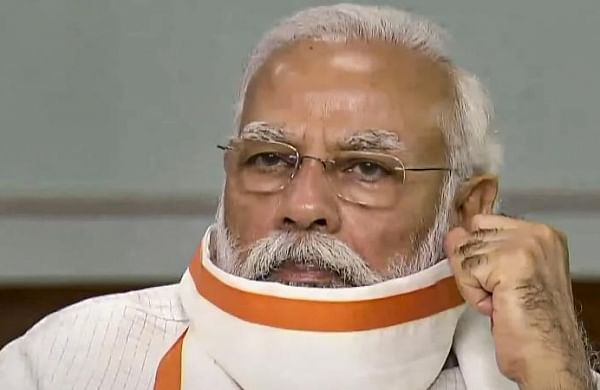 NEW DELHI/DAVOS: The World Economic Forum's online Davos Agenda Summit began on Sunday night with the premier of a concert filmed during the coronavirus pandemic in different parts of the world and the event will see top global leaders, including Prime Minister Narendra Modi and Chinese President Xi Jinping, speak on the state of the world over the next five days.

After a welcome address by WEF Founder and Executive Chairman Klaus Shwab, Swiss President Parmelin delivered a special address, followed by annual Crystal Awards and the premier of 'See Me: A Global Concert'.

The concert was presented as a shared expression of trust, connection and hope and it features orchestras and choirs in Beijing, Drakensberg, Florence, Kabul, Philadelphia, Vienna and Sao Paulo, with the cellist Yo-Yo Ma and music director Marin Alsop.

The concert was filmed on location despite the COVID-19 challenges.

In what could be the first major global summit of the year, the event will see more than 1,000 global leaders, including heads of state and government, CEOs and chairmen of big companies, heads of multilateral organisations as also members of academia and civil society, discuss economic, environmental, social and technological challenges following the COVID-19 pandemic.

The WEF said there would be 15 special addresses from G20 heads of state and government and international organisations during the summit that will continue till January 29.

Prime Minister Narendra Modi will deliver his address on Thursday.

Agriculture Minister Narendra Singh Tomar, Health Minister Harsh Vardhan and Petroleum and Steel Minister Dharmendra Pradhan, as also business leaders such as Anand Mahindra, Salil Parekh and Shobana Kamineni would be among other speakers from India.

While the WEF will host its physical annual meeting in May in Singapore, as against the regular venue of the Swiss ski resort town of Davos, the Geneva-based organisation is hosting this online event, named 'Davos Agenda' around the same time it generally hosts its yearly congregation of the rich and powerful of the world.

The event has been billed as a platform that will see top world leaders deliver special addresses and engage in dialogue with business leaders at the start of a "crucial year to rebuild trust".

Chinese President Xi Jinping will deliver a special address on Monday, while the day will also see several sessions including on the COVID-19 crisis, restoring economic growth and stakeholder capitalism.

On Monday, Schwab will also release his latest book, titled 'Stakeholder Capitalism: A Global Economy that Works for Progress, People and Planet.

' It explores how societies can build the future post-COVID and builds on the WEF's 50-year-old advocacy of the stakeholder approach.

The WEF's Davos 2020 summit was the last major global event that took place before almost the entire world got locked down due to the COVID-19 pandemic.

The 'Davos Agenda' will also mark the launch of WEF's "Great Reset Initiative'' and begin the preparation of the special Annual Meeting in the spring, said the Geneva-based entity, which describes itself as an international organisation for public-private cooperation.

Industry leaders and public figures will discuss how to advance and accelerate public-private collaboration on critical issues such as COVID-19 vaccination, job creation and climate change, among others, according to the WEF.

While the WEF annual meeting for 2021 will be held during May 13-16 in Singapore, the high-profile summit will return to Davos in 2022.

The conclusions from the Davos Agenda week will feed into task forces working on global issues for the upcoming Special Annual Meeting in Singapore, the WEF said.