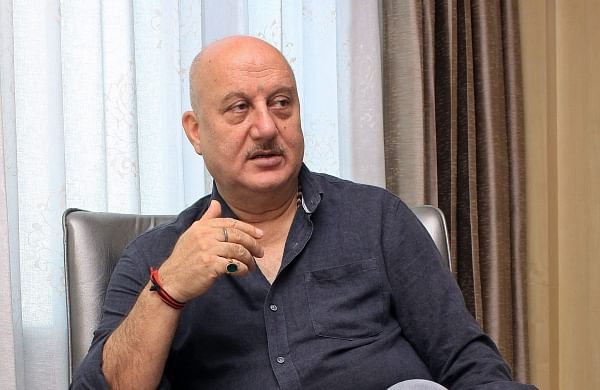 MUMBAI: On the 12th anniversary of Mumbai terror attacks on Thursday, actor Anupam Kher shared a patriotic post to commemorate the sacrifice of security personnel and common people in the incident.

Tributes are pouring since morning as the world on Thursday is remembering victims and security personnel who lost their lives in the siege on India's commercial capital.

Actor Anupam Kher shared a flag-waving post on social media to remember the sacrifice of security personnel in the ghastly attacks, which began on November 26, 2008, lasted for four days, leading to death of 166 people and injuring over 300.

The two times National Film Awards winner shared a post on the micro-blogging site with a caption, "Mumbai hamle me 26/11 ko kya hua tha, ye duniya kabhi nahi bhulegi, or hum Hindustani to bilkul bhi nahi. Is aatankwadi hamle me jinhone apni jaan gawayi or jinhone apni jaane di, unhe meri bhawpuran shradhanjali. Na bhulengye or na hi bhulne dengye #WeWillNeverForget #MumbaiTerrorAttack (The world will never forget what happened in Mumbai on 26/11. And we Hindustani (Indians) will not forget it at all. My soulful tributes to those who lost their lives and who sacrificed their lives in this terrorist attack will not be forgotten. # WeWillNeverForget #MumbaiTerrorAttack)," with folded hands emoticon.

The November 26, 2008 Mumbai attacks were a series of terrorist attacks by 10 members of Lashkar-e-Taiba, an extremist Islamist organisation based in Pakistan who carried out 12 coordinated shooting and bombing attacks lasting four days across Mumbai.