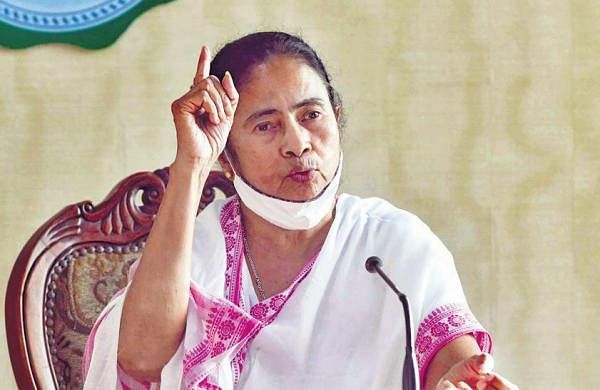 KOLKATA: West Bengal Chief Minister Mamata Banerjee on Thursday claimed that the snooping on Supreme Court judges, journalists and political leaders among others using the Pegasus spyware, news of which broke earlier this week, was "worse than the Watergate scandal" which broke in the US during the Nixon presidency.

Banerjee likened the scandal which allegedly involved using a spyware developed by a Israeli firm to infect the mobile phones of hundreds of Indians in a bid to spy on them to the imposition of a "super-emergency in the country".

The chief minister claimed that all impartial institutions have been politicised by the BJP-led Government.

"Pegasus is worse than Watergate scandal; it is super emergency," Banerjee told a press conference at the state secretariat here.

"They (BJP leadership) don't trust even their own officers and ministers," she said, adding "I have heard they tapped the phones of several RSS people" .

The chief minister recently managed to win a high voltage electoral battle to elect the state legislature after a bitter campaign where she was pitted against Prime Minister Narendra Modi.