Wouldn't have even looked at Dhoni if he had long hair when we met: Wife Sakshi 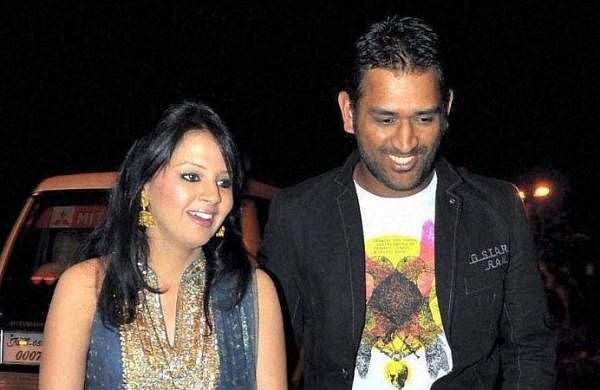 NEW DELHI:: When Mahendra Singh Dhoni burst onto international cricket scene in 2004 he had long hair but the former Indian skipper's wife Sakshi has revealed she was strictly against his 'orange hair colour' look.

Dhoni had made his ODI debut in 2004 and since then, he changed the face of Indian cricket with his calm demeanour, sharp understanding of the game, and astute leadership qualities and soon became a household name.

The former skipper was also praised by the then Pakistan president Parvez Musharraf for his long hair. However, wife Sakshi, who celebrated her 32nd birthday on Thursday, feels that the long hairstyle suited more on Bollywood actor John Abraham and not on Dhoni.

"Luckily I didn't see him with that long hair. If I had met him when he had that orange long hair I wouldn't even have looked at him," Sakshi said in a video posted by IPL franchise Chennai Super Kings.

"There has to be aesthetics. It suited on John but Mahi with long hair and orange colour on top was like...(Sakshi rolls her eyes)," she added.

Dhoni tied the knot with Sakshi on July 4, 2010, a year before he led India to the World Cup title.

The former Indian skipper is among the most successful captains in world cricket. It was under his leadership that India lifted the ICC Cricket World Cup in 2011 after having led India to triumph in the ICC World T20 in its maiden edition of the tournament held in 2007 in South Africa.

With India winning the ICC Champions Trophy in 2013 in England, Dhoni became the first and is still the only captain to date to have won all three ICC Trophies.

While his heroics in the limited-overs formats are well documented, it was also under his leadership that India became the number one Test side in 2009 and the team stayed at the top for over 600 days.