Yogi to be invited to lay foundation stone for public facilities on Ayodhya mosque land: IICF 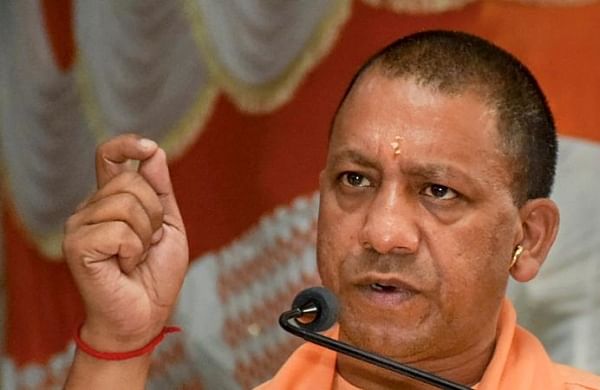 LUCKNOW: Uttar Pradesh Chief Minister Yogi Adityannath will be invited to lay the foundation stone for various public facilities at a mosque to be built in Ayodhya's Dhannipur village by a trust formed by the state Sunni Central Waqf Board, one of its office-bearers said on Saturday.

"On the five-acre land in Dhannipur village, which has been given for the construction of a mosque on the Supreme Court's directive, a hospital, a library, a community kitchen and a research centre will also be built. These will be for the public and Chief Minister Yogi Adityanath will be invited to lay the foundation stone for these projects," secretary and spokesperson of the trust -- Indo-Islamic Cultural Foundation (IICF) -- Athar Hussain told PTI.

He said the chief minister will not only participate in the programme, but will also assist in the construction of these public facilities.

Asked whether the mosque will be named as "Babri Masjid", Hussain said, "There is no such thinking. The name is yet to be finalised".

"Barring the Masjid-e-Nabwi (Madina in Saudi Arabia) and a few other mosques, the names of other mosques do not matter. In the eyes of Allah, the 'sajda' done at the mosques is important, everything else is meaningless," he added.

The trust constituted by the Uttar Pradesh State Sunni Central Waqf Board to construct the mosque is in the process of setting up an office in the state capital, which will be functional in 10-12 days.

"The trust has been formed. In accordance with rules, we have applied for a PAN card in its name and awaiting its delivery, after which we will meet online and pass a resolution for opening a bank account. We met online last month. As of now, we have identified an office space and renovation work is going on there. It will take 10-12 days for the work to be completed, after which the office will be functional," Hussain said.

The state government has allotted a five-acre land in Dhannipur for the construction of the mosque.

The IICF will oversee the construction of the mosque, the Indo-Islamic research centre, the library and the hospital on the land.

A member of the trust said, "Ayodhya District Magistrate Anuj Kumar Jha has formally handed over the possession of the land for the mosque to the trust members. We have got a certified copy of the revenue record".

The Supreme Court had, in November last year, paved the way for the construction of a Ram temple by a Trust at the disputed site in Ayodhya and directed the Centre to allot an alternative five-acre plot to the Sunni Waqf Board for building a new mosque at a "prominent" place in the holy town in Uttar Pradesh.

The trust will have 15 members, of whom the names of nine have been declared and the rest will be finalised soon.

"We will co-opt the remaining six trustees. The secretary of the trust will also be its official spokesperson," a member of the trust said.

Meanwhile, the Samajwadi Party (SP) sought an apology from Adityanath on Friday over his remark that he would not attend the inauguration of the mosque to be built in Ayodhya, replacing the demolished Babri Masjid.

After the "bhoomi pujan" for the Ram temple in Ayodhya, the chief minister had said on television that "as a yogi and as a Hindu", he could not go for the inauguration of a mosque.

"If you ask me as a chief minister, I have no problem with any belief, religion or community.

If you ask me as a yogi, I will definitely not go because as a Hindu, I have the right to follow my way of worship and act accordingly," he had said.

"I am neither 'vaadi' nor 'prativadi' (neither petitioner nor respondent). That is why neither will I be invited, nor will I go. I know that I will not be getting any such invitation," Adityanath had said.

"The day they invite me, the secularism of many will be in danger.

That is why I want that their secularism should not be in danger and I continue to silently work to ensure that everyone benefits from government schemes without any discrimination," he had said.

SP spokesperson Pawan Pandey criticised Adityanath over his remarks, saying he had violated the oath he took while assuming charge as the chief minister.